Looking through the plethora of cranes from the advantaged height of London’s Shard tower, it’s hard to ignore the overwhelming contribution that high profile eccentric public projects of yesteryear have made to the skyline of today.

The Tate Modern, the Millennium Dome, and the Olympic stadium to name a few have all been delivered in the public eye who even then enjoyed no holds barred access to their st atus and their cost.

But is there still an appetite for projects which sit outside of the strictly necessary with an incalculable ROI and if there is; how do we keep them flavour of the month as they operate in testing times?

Austerity and spending cuts may be the catalyst for the change in heart, but the acid test to determine what constitutes a vanity project and its ‘worth’ over a project which delivers unquestionable public benefit appears to have heightened in its sensitivity with key factors such as confidence, demand and overall spend all playing their part.

Just this week the £3 billion aircraft carrier HMS Queen Elizabeth arrived at Portsmouth And while there were still murmurings of past project criticism, largely the public and press showed a patriotic front, excited for the arrival of the machine which will defend the realm for the next fifty year.

At the same time the expected Garden Bridge project worth 15 times less than the aircraft carrier was scrapped before a single brick was laid but years of planning had taken place.

In many projects, full benefits realisation sits some years away from their inception. Recent reports of mounting contractor costs reflecting the rise in price of raw material and uncertainty in the market will undoubtedly supply ammunition to the opposing political and media rhetoric enlarging the divide of opinions on tomorrow’s projects.

So what can the project profession do to get public buy in at the start and keep support throughout?

IPA Chief Executive Tony Meggs, alludes to a possible answer in his introduction to the 2016/2017 annual report:

“Evidence shows that the best way to ensure successful delivery is by setting up projects correctly in the first place. The most common causes of failure are well rehearsed: lack of clear objectives, insufficient resources, and over-ambitious cost and schedule, among others. All these mistakes can be avoided if tackled early and effectively.”

Transparency and confidence is clearly key, but even in IPA’s 2016/2017 report, projects are only gaining notches on the ‘Delivery Confidence Assessment’ as they progress in time and near completion, and rightly so when such complexities of today’s projects are at play.

In many cases it could be decades from when the signatures are etched at the bottom of the page. Plenty of time for contracts and procurement agreements to change, alter and falter as they are seasoned by a testing environment.

The profession has shown it can deliver world class projects in some of the most challenging environments and the UK has skyline to prove it.  A changing heart to where our money is spent will only see greater scrutiny from the public and press. However transparent communication from projects teams from the offset to demonstrate their value, before they leave the drawing board could be the key to keeping stakeholders onside until benefits can be fully realised. 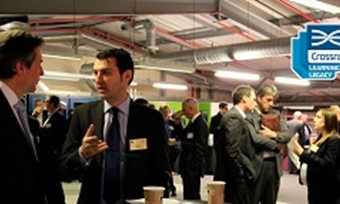