The management of change in projects that are building or modifying complex systems is challenging. We define systems as complicated if they consist of many elements of different types, although, individually, each may have characteristics that can be described in simple terms. We consider systems as complex if some of the relationships and interactions between subsystems are not easily understood, and thus difficult to manage.

The situation is different for complex projects, where variability, diversity, dispersion and interdependence of the components create non-linearity in the system. As in a game of chess, every move can lead to a wide range of outcomes, depending on future moves.

For example, rail projects are complex and complicated systems. Is it then appropriate to deal with changes in a rail project with classic, linear project management tools and concepts?

But project managers can borrow from engineering systems thinking, which evolved as a consequence of technical systems becoming too complicated to analyse and manage by means of conventional engineering approaches. Systems thinking enables managers to analyse the components of systems and to handle their interactions.

Systems thinking can be applied not only to technical systems, but also to projects. In this sense, projects can be considered as complex and complicated systems, where tasks and activities are the equivalent of subsystems.

As is normal in project management, the performance or functionality criteria for the project as a system are given by the ‘iron triangle’ of time, cost and quality. Any change affects one, two or all of these dimensions.

Traditionally, we think of change management in terms of organisations, rather than projects. If we adopt organisational change theory for project management, it suggests that changes in projects are defined by three dimensions: scope of change, duration of change and initiator or trigger of change.

Unplanned changes occur due to spontaneous variation in the project environment, or in one or more subsystems, or subsystem interactions. This tends to lead to an unsystematic reaction to the trigger variation.

A planned change occurs when managers of a project realise the need for a significant change and develop a new plan proactively. When we talk about change in projects, we thus mean any planned or unexpected variation in activities and/or their interactions, whether triggered by internal or external factors, which have the potential to affect the performance of the project.

Poorly managed changes in projects lead to departure from the criteria set by the iron triangle and, ultimately, failure. But rapid and efficient identification of change origins and system behaviours helps in maintaining system stability and reducing the side effects of unplanned changes.

Proper application of planned changes to projects can optimise performance and should result in enhanced quality, and savings in cost and time. Changes of both types add cost and time, regardless of when they occur in the project life cycle. In mega-projects, the potential consequences of a change and the associated costs dramatically increase the longer the implementation is delayed. This phenomenon is often called the ‘snowball effect’.

Change in such projects is a dynamic and non-linear phenomenon, and may be initiated by unexpected events. We must introduce project management tools that are able to identify, analyse and reasonably react to the initiating event and the consequences of a change in a systematic manner.

Our research suggests that the integration of system engineering and project management can enable managers to win the chess competition. System dynamics is an approach that uses a combination of methods and tools founded in systems thinking, often including simulation. It enables project managers to model complex and complicated projects as systems that are formed of subsystems, with interactions.

At the University of Birmingham, causal loop diagrams (CLDs) are one of the system dynamics tools that we have used to model projects. For example, we used such a diagram as a part of research aimed at improving project and programme governance in the railway industry. Governance is defined here as a system with a number of components. The CLD was developed through real-life data analysis and validated by reviewing the causes and uses trees generated from the CLD with industry experts.

Causes trees show how a particular activity (a subsystem) is affected by the behaviour of other internal and external activities (subsystems), and can be used to diagnose system failures and to trace these to their origins. Uses trees, meanwhile, show how a specific activity – a subsystem – affects other activities (subsystems), and serve as change and interface management tools.

On first inspection, the model of change management presented by the CLD highlights the complex and complicated structure of the system. If a process failure occurs in the system, or if we decide to enhance the behaviour of the system by changing its structure, we have to deal with numerous interfaces.

It is not a straightforward and linear process to detect how such a change affects the nature of the governance system as a whole.

In the absence of models and tools, given the complex nature of the system, decision-making in a change management process is never far from failure. Thus, we believe that change management is like chess and requires predefined but flexible and dynamic strategies, rather than like a game of dominoes, with its predefined response to near random inputs.

Ideally, successful change managers act like chess players and try to predict the impact of any planned or imposed change. In a worst-case scenario, they must quickly analyse the scope and scale of impacts once a change to the system has happened. For both purposes, identifying the system structure and the interactions of the components are the first and crucial steps in managing the change.

Next, once we understand the system, we need to go on to minimise three costly factors: detection latency, decision latency and implementation latency.

Turning over the next tile in a game of dominoes changes everything about the game. In a game of chess, we have all the evidence to predict the next move of our opponent: “You sit at the board and suddenly your heart leaps. Your hand trembles to pick up the piece and move it. But what chess teaches you is that you must sit there calmly and think about whether it is really a good idea, and whether there are other better ideas,” said Stanley Kubrick.

Change management strategy, in the end, is all about reducing uncertainty and overall change latency. This is not achievable unless we recognise the nature and levers of the necessary change, and are able to evaluate our different decision-making options to take the best possible option.

This will allow us to stay in the iron triangle area. Changes must be identified, detected and managed efficiently: this requires systems thinking tools that are integrated with project management strategies. 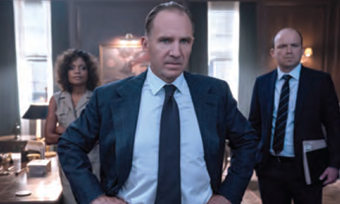 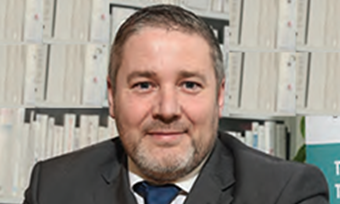