Kynren - an epic show in Bishop Auckland involving 1,000 volunteers and 300 animals – is ambitious.

Kynren spent 5 years raising the first £35 million, frantic work starting from nothing. They then gave themselves 10 months from cutting the first turf, to build the theatre and put on the production.

The theatre includes: a newly built lake with buildings/Viking longboat/trees that rise out of the water and are completely hidden when not in use; a cottage and tents that rotate; a train track and full-sized working replica of Stephenson's rocket (filled with 100 actors, or 'Archers' as they call the volunteers); a sandy road long enough for 33 horses and riders in full armor to gallop down (with just over 4 seconds to lift a section of rail track so the horses don't trip); and 8,000 seats for the audience.

The performance is a 90-minute show with 27 scenes, and some scenes require 800 people on stage at the same time, which means everything is timed to the second.  'Archers' are scheduled to take account of their stage exit and costume change before their next appearance, and a stage so huge that it's a significant run behind the scenes to get from exit left to entrance right. And all of this is done with unpaid volunteers. That means tracking every role that each person is trained to do (including the trained divers, pyrotechnic engineers, set and costume repairers, animal handlers, front of house, as well as performers), reallocate roles depending on who is able to attend the performance (they are volunteers, and they have a life outside Kynren), on the fly adjustments (bearing in mind that there is a lot going on so training for each role is vital for safety and coordination - for example it takes 15 minutes underwater for the divers to reach the submerged Viking longboat, in between rising and falling props and actors, before they emerge as Vikings, and that's just one of the spectacular scenes).

So how is this relevant to you and your project?

Your project staff are essentially volunteers, with a bigger carrot (they get paid) and a bigger stick (they rely on your pay to pay their bills). They may get sick and not arrive one day, or may go to a competitor at an inconvenient moment. You may not have 1,000 to coordinate, you may not have an audience of 8,000 per show, 17 times over the summer, you may not have the economy of a town to consider, its hotels and shops and parking and infrastructure, but you have challenges.

Kynren (which is old Saxon for 'community legacy') is built on a vision. It feels as though it’s in competition with Puy de Fou, an epic performance in the Vendée region in France, that now attracts 7.9 million visitors, and has a 40-year lead. Kynren has achieved in 2 years an audience that took Puy de Fou 10 years.

The Kynren vision reaches into the future too, with plans on the table right now for the town's parking and transport, commercial zoning and business opportunities for everyone else to enjoy this visitor opportunity. The Auckland Project is another part of the transformation of Bishop Auckland, a £70 million investment in the Bishop's Palace and surrounding buildings, and Binchester Roman Fort will become part of a huge entertainment park, not owned by a single entity but very much integrated with other local businesses including the Bishop’s Palace and Kynren.

Kynren works because it trains and values people.  It offers excellent training (which is necessary because of the challenging situation) and qualifications, so the volunteers feel valued and they are committed. Kynren recognizes their constraints and finds ways to fit around them, sometimes with split-second changes.

So Kynren runs with 20 paid staff encouraging and coaching 1,000 volunteers.  It’s structured into five teams (technical, props, cavalry, performance, and front of house) each with a captain (usually one of the paid staff), then 32 sub-team with (mostly volunteer) leaders and deputies, and so on. Most of the paid staff joined through volunteering.

Changes are coordinated centrally but delivered within the teams, and the only time the hand of the centre is visible is when something might clash (e.g. an archer needs to be somewhere different but there won't be enough time to get them there and their costume changed). People commit to their team and to Kynren, without being paid. Would you like that from your teams?  There’s even a team of 50 who do presentations to every school, WI group, or interested party to drum up next year's volunteers.

It's an epic ambition, delivered with enthusiasm. It's an example for every project manager. And it embodies a vision that's dear to my heart - "it's only impossible until you do it" 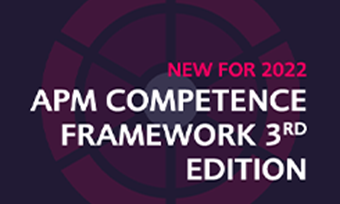