Dr Suzie Imber is Associate Professor in Space Physics at the University of Leicester, specialising in space weather - looking at how the sun influences the dynamics of the planets in our solar system. She is a high-altitude mountaineer having climbed many of the most remote mountains on the planet, and the winner of the 2017 BBC2 series 'Astronauts: Do You Have What It Takes?'

Here Suzie talks to APM about her career to date, latest projects, what inspires her, helping to encourage a younger generation and women into pursuing a career in science, and the future colonisation of Mars!

What inspires you about your job?

From a research perspective, I am inspired by the discovery of new features and the understanding of fundamental physics that helps us to piece together the evolution and dynamics of the planets in our solar system.  In a very (very!) narrow area, I am leading our understanding, and pushing forward the boundaries of our knowledge, and that’s a fundamentally exciting place to be.  Of course, I’m part of a much wider network of scientists and engineers, without whom I wouldn’t be able to do my job, and this applies particularly to my work on space missions, where it’s a real team game, to design, build, operate and analyse data from our missions across the solar system.  Increasingly I’m becoming involved in mission selection, and to be making recommendations about which missions should be developed is a huge responsibility and a huge privilege.  Plus, the space industry is a hugely exciting place to be right now as access to the space environment is widening, and advancements in technology are pushing our capabilities towards long-held ambitions of spacecraft orbiting and landing on other worlds, and humans entering a space-faring age.

I also do a lot of teaching, and I find my students hugely inspiring. They are full of enthusiasm, they see the opportunities rather than the barriers, and they throw themselves at problems 100%.  Working with them, and watching them develop as scientists, is a huge positive for me.

What led you to take up a career in Space Science?

I tumbled into my career, following what interested me most at every turn until I ended up in academia.  I think one of the turning points was a summer internship at NASA undertaken during my undergraduate days, which opened my eyes to research and focussed my mind on a PhD. I wasn’t aware of the tough world of academia back then, but I just kept taking opportunities that opened up for me, until I found myself an Associate Professor.

What projects are you currently working on?

My area of expertise is Space Weather, looking at how the Sun influences the dynamics of the planets in our solar system.  I have worked on this topic at the Earth for many years, analysing the driving forces behind space weather events that can potentially lead to power backouts, GPS malfunctioning, telecommunications failures and satellite damage.  Over the last decade, I have really specialised in understanding the planet Mercury, as I was working at NASA when their spacecraft MESSENGER arrived at the planet in 2011.  Having studied data from this mission for many years, I am now involved in the next mission to Mercury, a joint Japanese-European mission called BepiColombo.  At Leicester, we built one of the 11 instruments onboard the European component, and during the 7-year cruise phase to Mercury (the mission will arrive in 2025), we are designing the operational phase of the mission, ensuring that we collect the right data to enable us to answer our key science questions about the evolution of the planet, the surface composition, and the auroral dynamics of the system.

What skills do you need to be a successful Space Scientist, and to undertake projects like those you are involved in?

To do my job, the key attributes you need are problem-solving, analytical, data analysis and coding skills.  On top of that, presentation skills are really important – if you find out something new, you need to be able to present your findings to the community, both through writing scientific papers to be published in journals or through presentations at conferences.

More than this though, you have to really have a passion for your subject, for sharing your knowledge with others, and enjoy interacting with students and working as part of a larger team of scientists.

Finally, I frequently feel like a juggler, with a hundred flaming torches in the air.  One minute I’m teaching, then presenting at a conference, I’m Director of Admissions, I’m Pro-Chancellor at the university, I’m guiding my tutor group, or leading a research project, or heading to a school to talk about science.  One of the things I love about my job is the diversity of activity – no two days are the same, and I’m never bored!

What has been your favourite career moment to date?

There have been a few moments that have really stood out over my career.  I think a real highlight was when I went to French Guiana and watching the launch of BepiColombo.  I’d seen launches before, but this one had our precious instrument on top, and my excitement and anxiety were both at their highest!

Why do you think it’s important that more women pursue a career in science, and what should be done to help encourage this?

To be a good physicist requires a combination of logic, mathematics and creativity.  We’re trying to solve problems at the cutting edge of our discipline, and that means that by definition we’re coming up with innovative solutions.  If all we have is a room full of people who think and work the same way, we will never be effective in this.  There is no reason why physics is male-dominated, apart from a culture that makes it so, and all of us have a responsibility to challenge that culture at every turn.  This isn’t the job of the few women that are physicists, it’s a challenge for all of us, from parents and teachers to universities and government.

I believe that going out to meet young people and breaking those stereotypes that they’ve been living and seeing around them since their early childhood, is a critical part of changing the culture, and that’s why I chose to dedicate a couple of years of my life to this (following my victory on the Astronauts television series).

Is there anything you are doing yourself to help support a younger generation, particularly young women interested in science and the space sector?

Yes!  In two years I spoke with 40,000 children at schools all over the country about my job, my career and my life (rowing, discovering new mountains and climbing them, etc.) in order to show them the path that I followed, and allow them to see science as an option for them.  I want all young people to consider science, so I didn’t pick girls schools in particular, but I realise that my story may resonate more with the girls who were listening.  I have spoken at Latitude Festival, Bluedot, the Royal Albert Hall, and local science fairs, museums, and careers days.  I want to organise community events in Leicestershire, realising that just reaching the children is not enough, but their families and the wider community play a huge role in the decision-making processes of young people.  I have secured funding for scholarships for young people from areas of deprivation to attend summer space camps, and to unlock opportunities during their studies such as funding field trips and internships.

What are the biggest challenges you have faced during your career?

Public speaking has been a huge issue for me for many years.  I started out my career going to small conferences where I had to present my work.  By small, I mean the audience was around 25, and I had around 12 minutes.  I was terrified, and practised hundreds of times before each talk.  I had to work really hard at this, learning how to perform in these situations, understanding that I had something valuable to say, that the people in front of me had chosen to be there, and that it’s ok not to know the answer to everything.  After many years of deliberately choosing to give presentations at every opportunity, and becoming a University lecturer, I think I finally banished this demon when I took part in a show at the Royal Albert Hall, with Chris Hadfield.  There were 5000 people in the audience, so many that I couldn’t even distinguish their faces, and I wasn’t nervous.  That felt like the culmination of that particular journey for me!

How can innovations in space research and science be beneficial to the planet and the way we live?

One fantastic example was given in my answer above – our increasing ability to monitor the Earth’s environment from space, and how this will benefit so many different aspects of society.  Technology developed for space missions often has terrestrial applications, for example in the area of detector physics.  Really though, so much of our lives already depends on satellites, from GPS systems for navigation, to communication systems.  Furthermore, the potential for damage to so many aspects of our technology-dependent lives due to space weather events means that accurate prediction of such events, and careful development of infrastructure is vital.  What would happen to civil society if our power systems were damaged for weeks or months?

What is your next challenge and what are you hoping to achieve in the future?

I was selected for a year-long, international leadership programme called Homeward Bound.  The goal is to train 1000 women over 12 years (80 per cohort) who will be the climate leaders of the future, recognising that at the moment women are not as visible in this arena as they need to be.  The most valuable part of the programme (in my opinion) is the network of scientists and policymakers that HB creates, all dedicated to using their skills to fight the causes of climate change, and drive adaptability in our changing world.  The expertise I bring to the table is Earth Observation – the ability to use images of the Earth taken by orbiting satellites to monitor changes, from wildfires and flooding, to deforestation and mining. The culmination of the course is a three-week expedition to Antarctica, where we will observe at first hand the impact of climate change on the environment and share our experiences, our sense of urgency, our sense of global connectivity in this endeavour, and our first steps to the solutions, with those in our home countries.

Will ordinary people besides trained astronauts ever be able to travel to other planets?

We’re on the cusp of getting ‘real’ (if very wealthy) people to the edge of space through commercial ventures such as Virgin Galactic, however, that’s not other planets.  I think within 30 years, we’ll start seeing longer-term colonisation of Mars (following extensive lunar programmes), and for those colonies, we’ll be looking for people with a huge range of experiences and expertise, from builders to farmers to nurses, and everything in between. 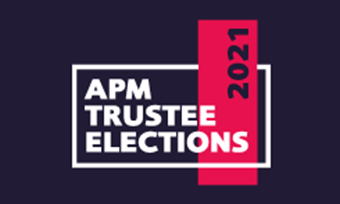