FLOURISH - planning for a connected and autonomous future 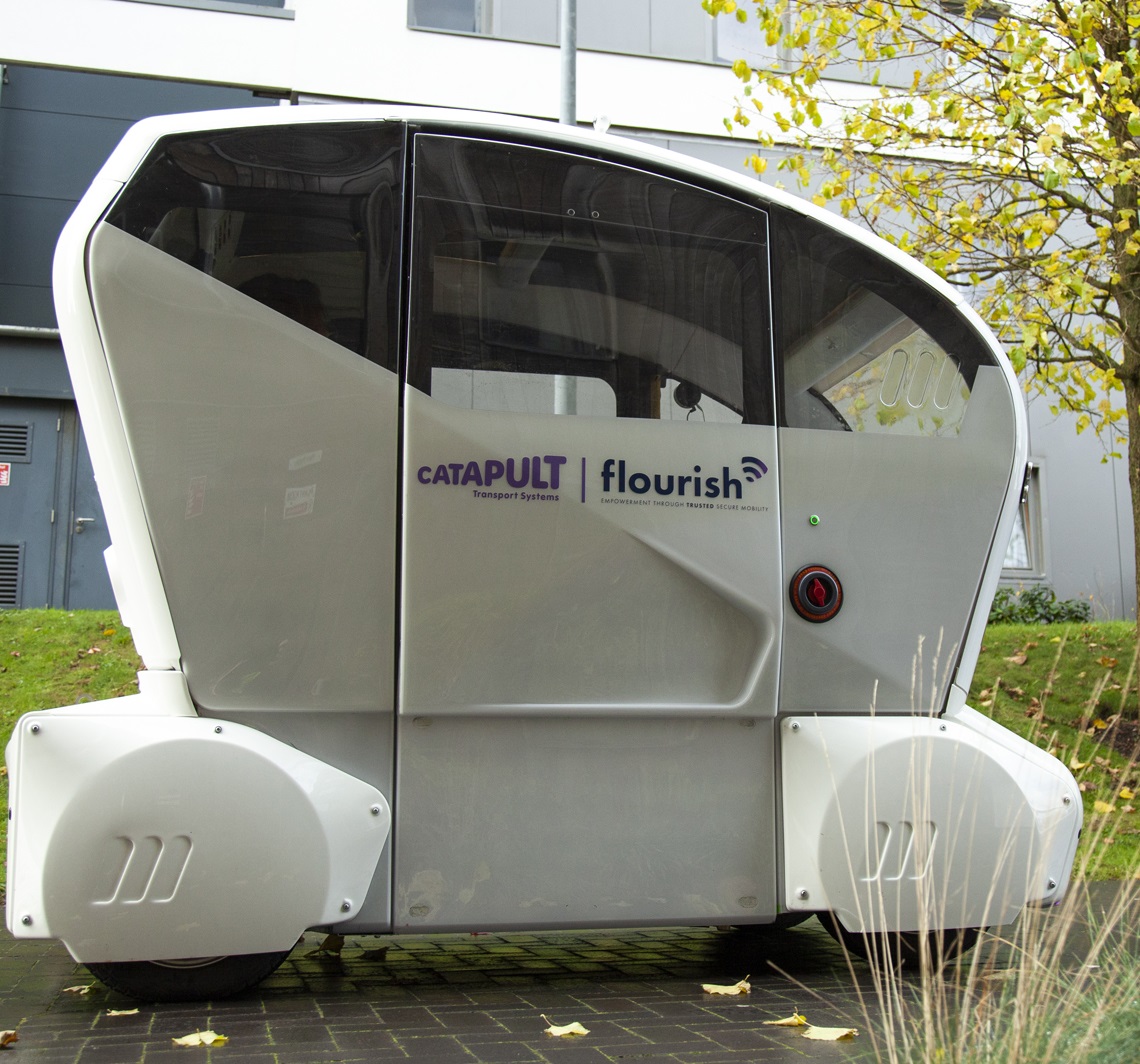 As the fourth challenge paper from the Projecting the Future reminds us, the world is changing which will inevitably affect project management. Here is a case study on a project that explored the future of connected and autonomous vehicles (CAVs).

The potential for CAVs is immense. The technology could revolutionise public transport. It could make it easier for the elderly or infirm to get around. It could enable the vehicle to instantly respond to changes in conditions, such as weather, an accident or volume of traffic. Journeys could be rerouted using real-time vehicle and traffic information to safely navigate the best route.

However, achieving this comes with a number of challenges and risks. The networks and data delivery systems must be lightning fast, ultra-reliable, and incredibly secure. This all needs to be figured out before CAVs become the norm.

A consortium of businesses, local authorities, universities and charities set out to understand these requirements with FLOURISH, a £5.5 million, three-year research project to look at how the technology could be practically applied to user experience, data and connectivity and secure communications.

It was co-funded by industry and the Centre for Connected and Autonomous Vehicles (CCAV), as part of the government’s £100 million Intelligent Mobility Fund. Engineering and project management consultancy Atkins was brought on board to lead on the project. Tracey Poole was appointed as lead project manager.

“My responsibilities were twofold,” she explains. “I led Atkins’ involvement in the project; overseeing the technical progress and managing the finances and delivery risks, but I was also lead project manager for the FLOURISH consortium…it was a diverse range of organisations, all with different ways of working. I found the stakeholder management side, with different people and organisations collaborating, was key to making the project a success.”

The project had three main strands. The first was to look into the user needs and experience around CAVs. The University of the West of England ran trials of autonomous ‘pod’ vehicles with users from the Bristol area. At the same time, product development charity Designability developed human-machine interfaces and dashboards for testing in the pod with real people. The feedback received was then shared with Connected Places Catapult, which applied those findings to the technology.

The second strand was about data and how it is shared between vehicles and roadside infrastructure. It was all about creating the best conditions for the effective transfer of data between vehicles and the network to ensure that traffic is well managed and safe. “Ultimately, it gives the local authority that greater control and for them to better manage their network” says Poole.

The University of Bristol and Dynniq ran real-world car trials in Bristol to determine the optimal system to ensure consistent, safe and secure data sharing, and the delivery of connected services, such as ‘slow vehicle ahead’ warnings. Scenarios were also tested in the virtual world using traffic simulations in Aimsun.

The final strand of the project was all about security. For CAV technology to be successful, data needs to be transferred quickly and securely. Sending data to the ‘cloud’ can take too long, so the University of Bristol developed fog-based computing for CAVs. It enables unsafe vehicles in the network to be identified quickly, so that other users can avoid them and know not to trust the information they are sharing. Atkins also developed an Incident Response Framework that provides guidance to help ensure future CAV system resilience.

Burges Salmon and AXA also investigated the legal and insurance aspects of CAVs for consumers and car insurers, putting public safety first as part of the project. This work has helped to influence the regulatory roadmap for the UK’s adoption of CAVs.

Due to the broad nature of the project, it had a huge number of deliverables – around 150, with 30 of these due at the end of the project, according to Poole. As a result, some flexibility was necessary in order to manage it. “In some cases, partners would have had two deliverables around a specific subject, and we might say there’s a lot of repetition around those, let’s merge them,” says Poole. “We tried to be pragmatic – it was whatever was going to deliver the best outcome for the external deliverables and sharing findings with Innovate UK, CCAV and external stakeholders.”

On top of that, Innovate UK had specified the need to look beyond the end of the project – identifying the steps needed to be taken to prepare the research to facilitate the creation of real products and services. “It wasn’t enough to demonstrate what we did on the project, which in my mind was an achievement in itself, but it was that post-project vision and what steps are needed to bring the technical achievements in FLOURISH to reality, and to achieve a return on investment in the project.”

Poole and her team at Atkins facilitated workshops with the FLOURISH partners focusing on their next steps off the back of the research. With partner-teams already preoccupied with delivering their element of FLOURISH, these workshops were essential to keep them looking ahead at life for the research beyond FLOURISH. “We also produced a deliverable on future business models for connected and autonomous vehicles to help support the partners, as well as leading on dissemination – disseminating all the project findings with Innovate UK and externally.”

With the project being delivered by 17 different partners, each with their own ways of working and responsible for its own patch, ensuring stakeholder communication and oversight over the entire project was key. When partners were scoping out their elements of the project, for example, any changes to the original agreement had to be reviewed and approved by the FLOURISH steering committee, made up of representatives from all of the partners. “We needed to keep on top of it all in terms of scope,” says Poole. “Being a three-year project, it was important to keep checking back against the original bid, and what we’d actually agreed to, and any changes in scope had to be agreed with Innovate UK”. 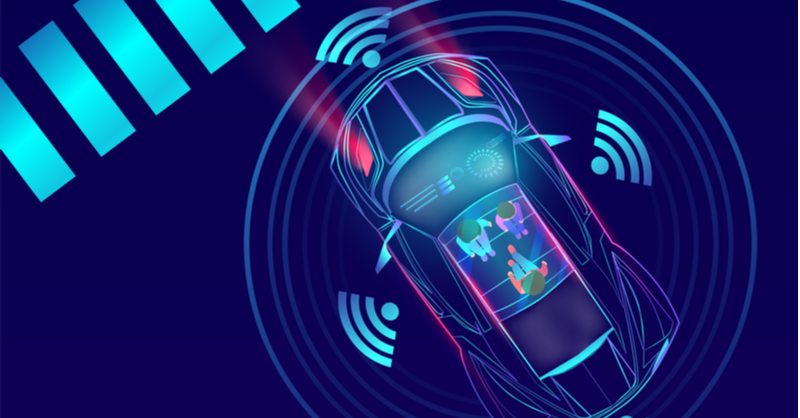 The steering committee met quarterly to review the progress of the project and any issues that might have arisen since they last met, then they would brief the project’s monitoring officer from Innovate UK on the progress for that quarter, and the plans for the next quarter. As time went on, the steering committee meetings became much more risk-focused, to avoid duplicating conversations when they spoke to the monitoring officer.

In between those meetings, it was crucial that Poole kept her lines of communication open. Regular meetings were held for each work package and Poole kept an ‘open phone’ policy so she could jump in should a problem arise.

The project concluded with a demonstration of the technology at St Monica Trust in Bristol, a retirement village. The residents were given the chance to take CAVs around the grounds. This demonstration made the national media, including BBC Breakfast. The project delivered a huge amount of information in the form of various publications and videos, which are now being used by partner organisations to start implementing some of the ideas.

Poole is incredibly proud of the FLOURISH consortium’s achievements. “FLOURISH has helped shape thinking and provide valuable insight into some of the considerations in supporting the potential roll out of CAV technology in the UK, including how it could benefit the end user and local authorities.  The outputs from FLOURISH will help manufacturers, insurers, industry, academia and government prepare for the introduction of CAV technology in the future.”

The future of mobility and transport​

Ageing and Demographics: The 100-year life