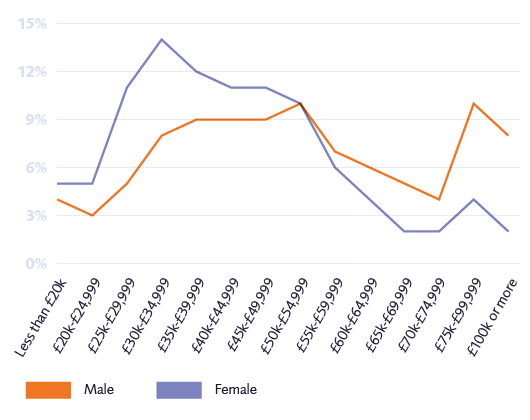 Although the gender wage gap still exists in the profession, there is evidence to show that it is closing. On average, men earned 24 per cent more than women compared to 30 per cent last year. The disparity in salaries is clear to see at opposite ends of the pay scale, with 47 per cent of men earning under £50,000 compared to 69 per cent of women.

The reasons behind the gender wage gap are complex. However, there is a larger proportion of women coming into the profession, as 49 per cent have up to five years’ project management experience, compared to 32 per cent of men. This group of newly experienced women has grown by six percentage points since 2015.