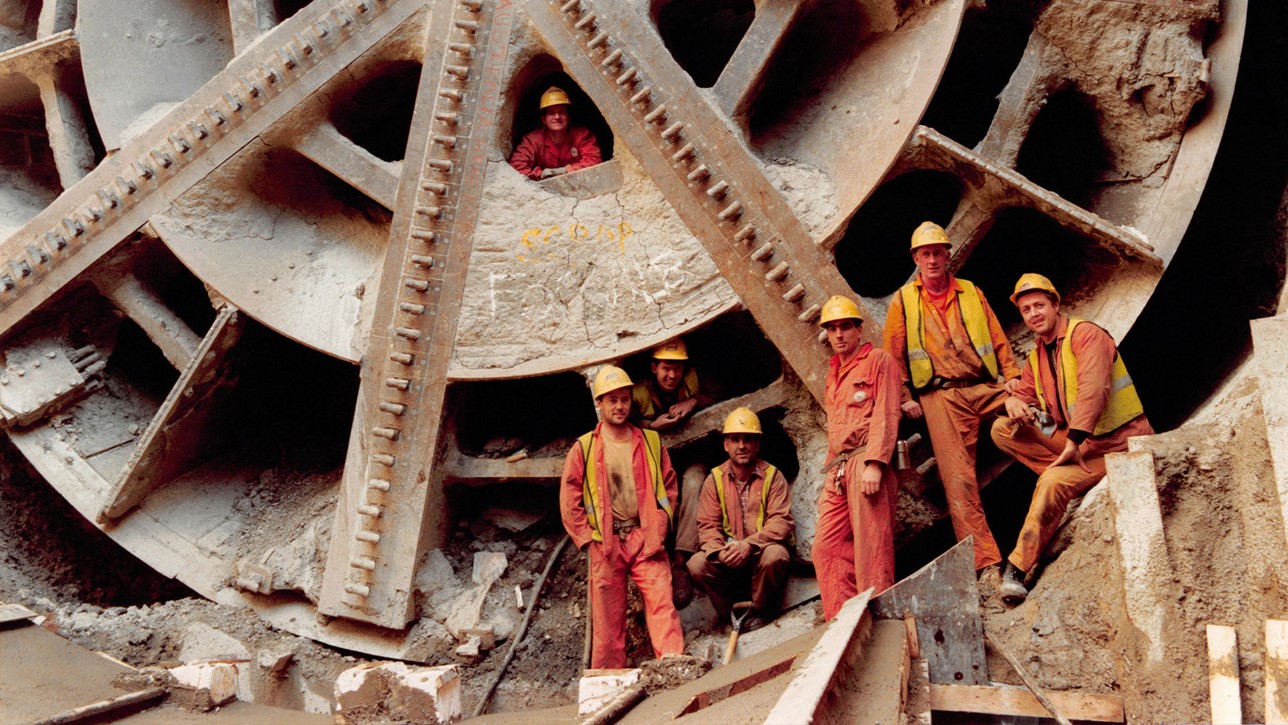 At 25 miles, the Channel Tunnel is the longest undersea tunnel in the world. It is also one of the biggest engineering projects ever undertaken in the UK, employing more than 13,000 workers from England and France. Boring commenced in 1987, and in 1994 the finished tunnel was unveiled by the Queen and President François Mitterrand. Since then, the equivalent of six times the UK population has crossed through it, and the programme has had a major economic benefit. Over a quarter of goods traded between the UK and Continental Europe go through the Channel Tunnel, which represents a value of €138bn per year.

“In a year or two, the journey you have both made will be an everyday experience for millions of people. But today is unique and will be a treasured memory.” – Sir Alastair Morton, co-chairman of Eurotunnel, speaking to the Queen and France’s president François Mitterrand in 1994"

380,000,000 tonnes of freight have been transported via the tunnel since opening

One million express delivery parcels travel through the tunnel every day