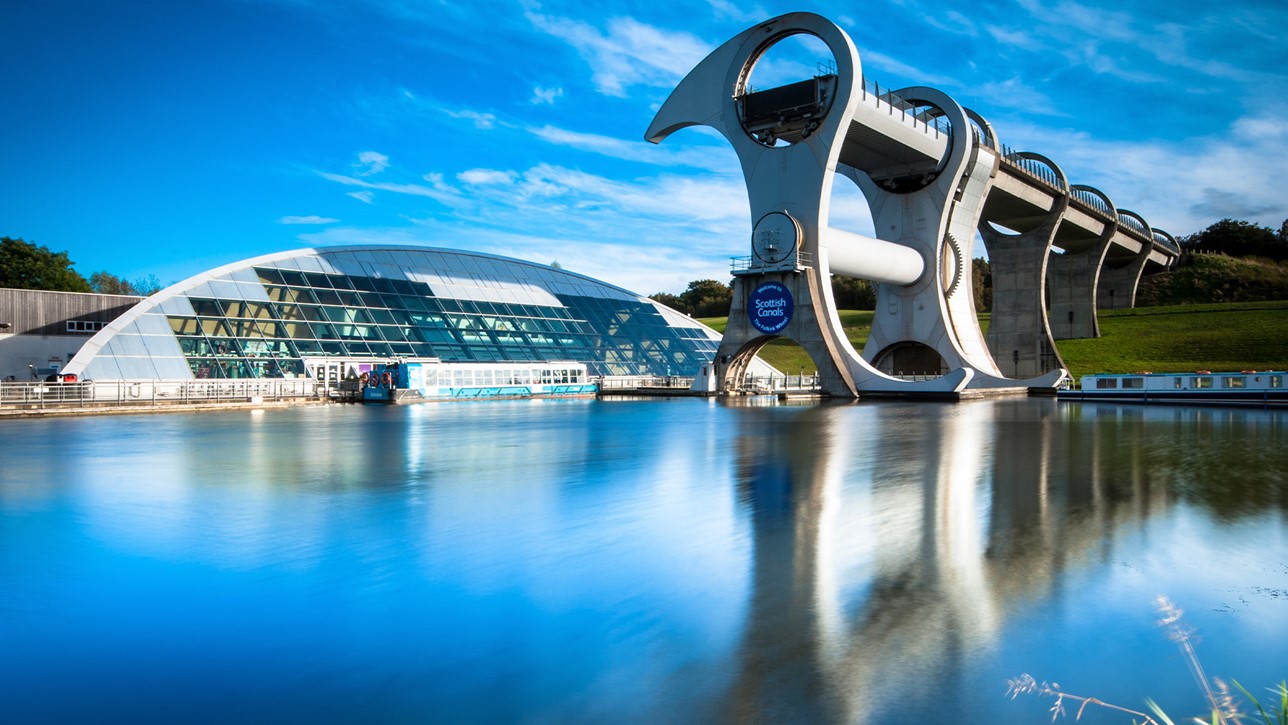 Canal engineering might not seem like an obvious priority in 21st century Britain, but it can still have a transformative effect on the communities it serves. The Falkirk Wheel, which opened in 2002, reconnected Glasgow and Edinburgh by canal for the first time since the 1930s, opening up central Scotland’s canal network to leisure boaters and enabling a regeneration of the surrounding spaces. It’s also an impressive feat of architecture and engineering in its own right, as the only rotating boat lift in the world, and one of just two working boat lifts in the UK, despite initial concerns that it was unbuildable.

The Wheel connects two canals separated by a 35m drop

It uses energy equivalent to just 8 household kettles to turn