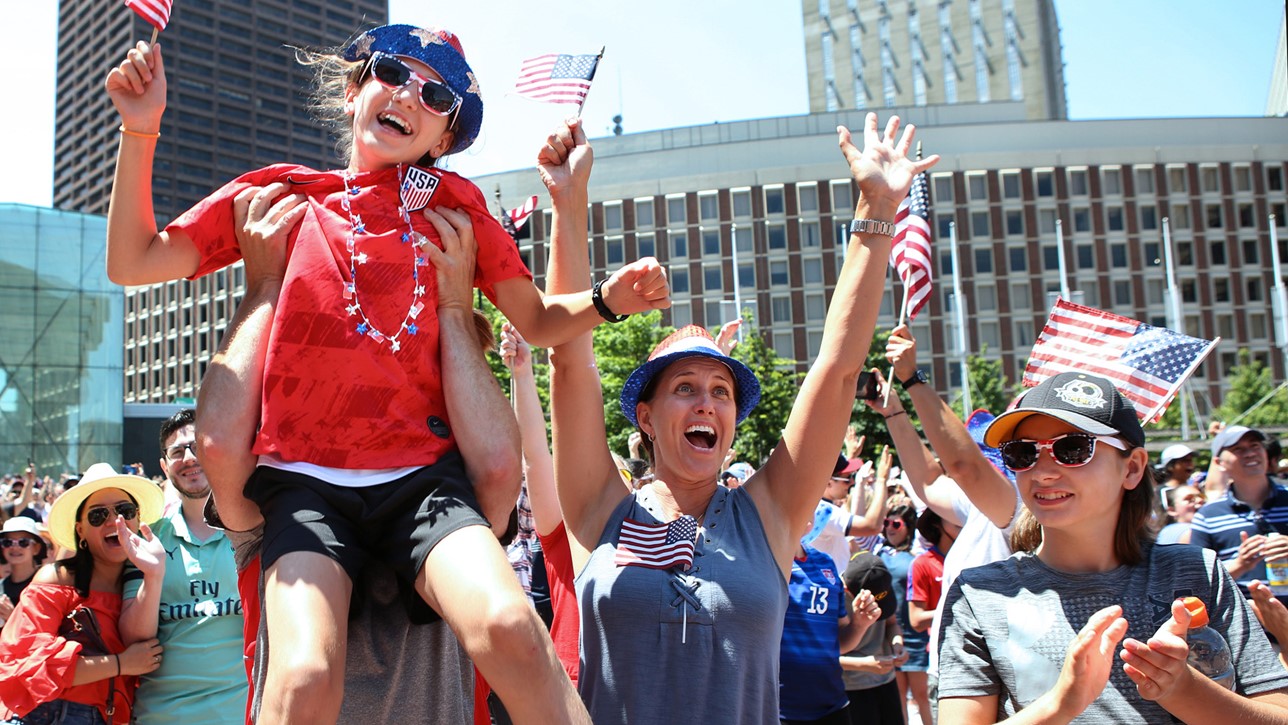 Major sporting events have a habit of taking on a significance far greater than the on-field competition alone. For women’s football, the 2019 World Cup in France was a watershed moment. Not only did it raise the profile of the women’s game, it also highlighted the debate around gender pay gaps and helped boost girls’ and women’s participation in the sport. For the host nation, the tournament brought a raft of economic and social benefits: it contributed around €284m to France’s GDP (almost double that of the 2015 tournament), while every euro spent generated a return of up to €20. The global TV audience, meanwhile, was estimated to be over one billion.

“The first satisfaction is to have proved that a women’s football competition can win popular support and help to change the perception of women’s football.” – Noël Le Graët, President of the French Football Association

€142 was the average financial contribution of each of the 1.2 million spectators

Over 850,000 more committed participants in the women’s game in England since the tournament

£3.2m prize money for the US national team as winners