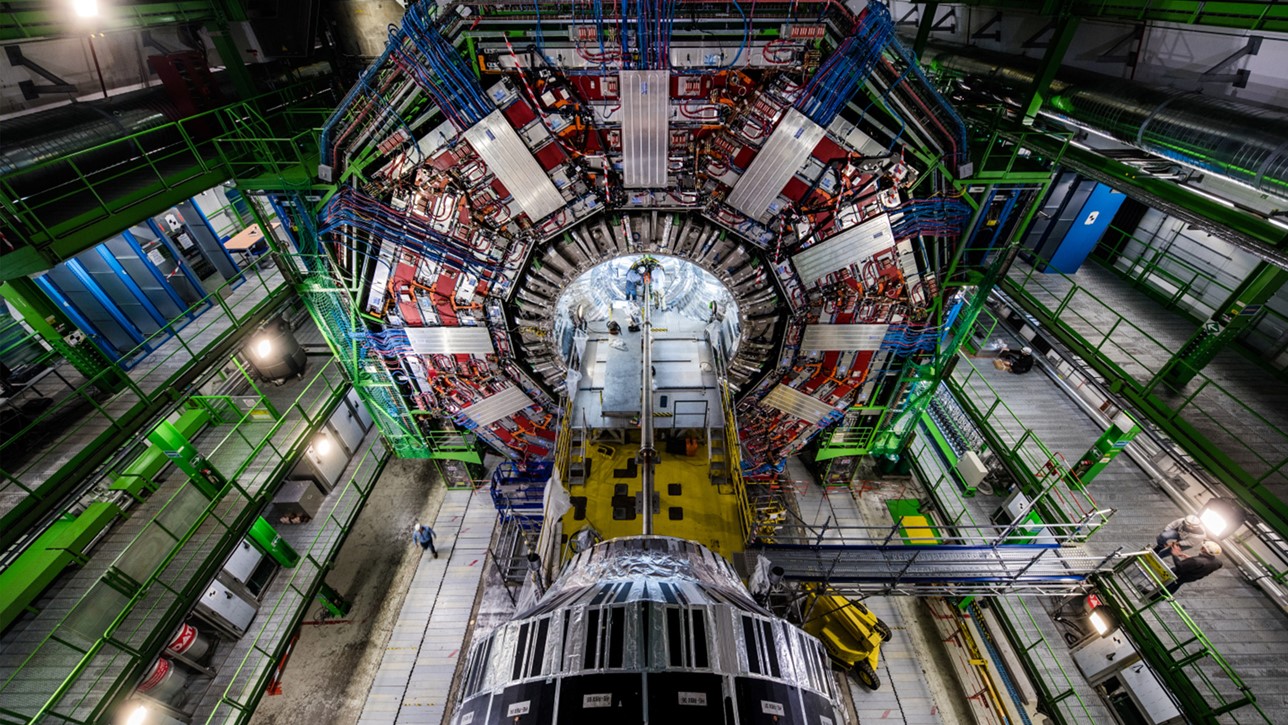 Deep beneath rolling hills on the outskirts of Geneva lies the 27km ring of superconducting magnets powering the world’s largest and most powerful particle accelerator, the Large Hadron Collider (LHC) at CERN. Since 2010, physicists have been firing subatomic particles around the collider, crashing them into each other to learn more about their composition and behaviour. CERN was founded in the wake of World War II as a way to unite Europe’s scientific community, and the LHC is now run by scientists from more than 100 countries. Despite technical setbacks during construction, the LHC has already reshaped our understanding of particle physics, having confirmed the existence of the Higgs boson.

“There are still many open questions that need to be answered. And the only experiments that can provide answers are those taking place at the Large Hadron Collider” – Hubert Kroha, Max Planck Institute for Physics

Protons race around the LHC at 99.99% the speed of light

The LHC produces up to 600 million proton collisions per second

At $1bn per year, the LHC is the most expensive scientific experiment ever undertaken