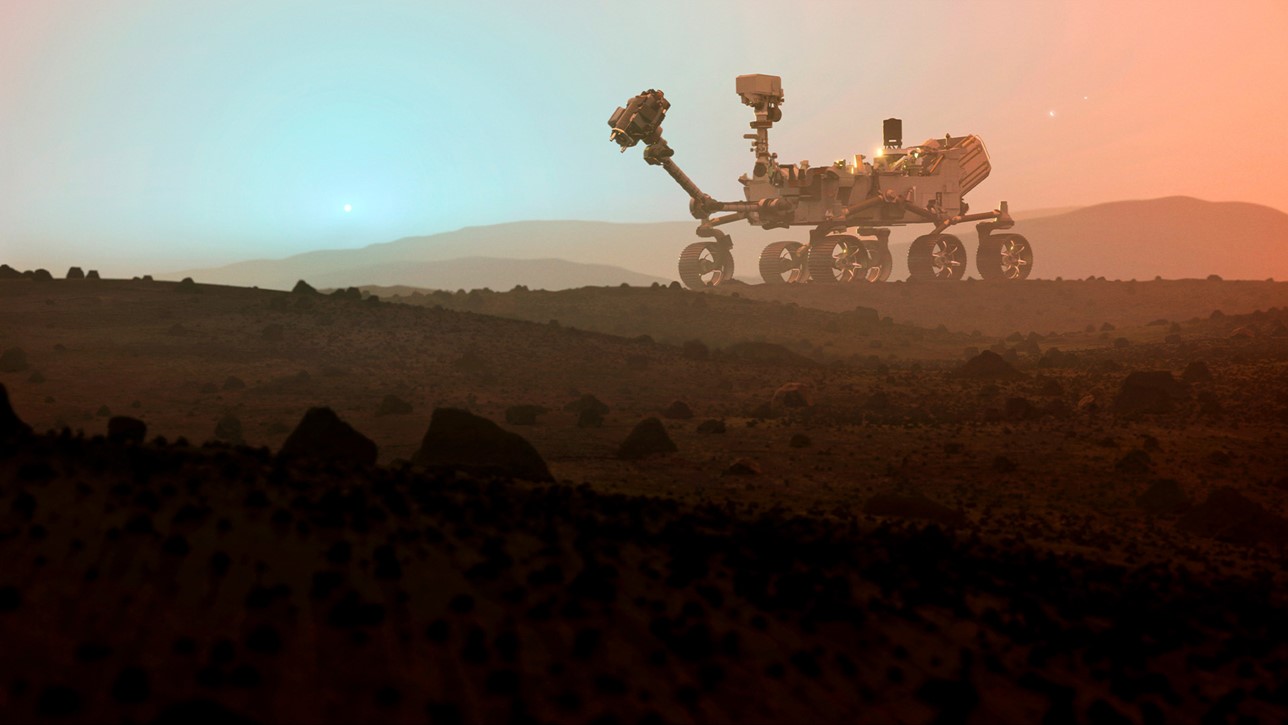 Launched in July 2020, NASA’s unmanned Perseverance Rover overcame the threat of budget cuts to collect unprecedented data about the surface of Mars. Drill samples and ground scans have taught scientists more about Mars’s geological past and provided further evidence that water may once have been present. Perseverance has also confirmed the presence of “organic molecules”, one of the building blocks of life, and a collaborative experiment between NASA, MIT and CalTech’s Jet Propulsion Laboratory has explored whether it may be possible to synthesise oxygen, water and a form of propellant from substances found in the Martian atmosphere, paving the way for future manned missions.

“The mission itself personifies the human ideal of persevering and will help us prepare for human exploration” – Steve Jurczyk, former acting administrator at NASA

A mini helicopter aboard Perseverance achieved the first ever extra-terrestrial flight, lasting 39.1 seconds

Weighing more than 1 tonne, Perseverance is the largest rover ever sent to Mars

Despite its added complexity, Perseverance has cost $300m less than its predecessor