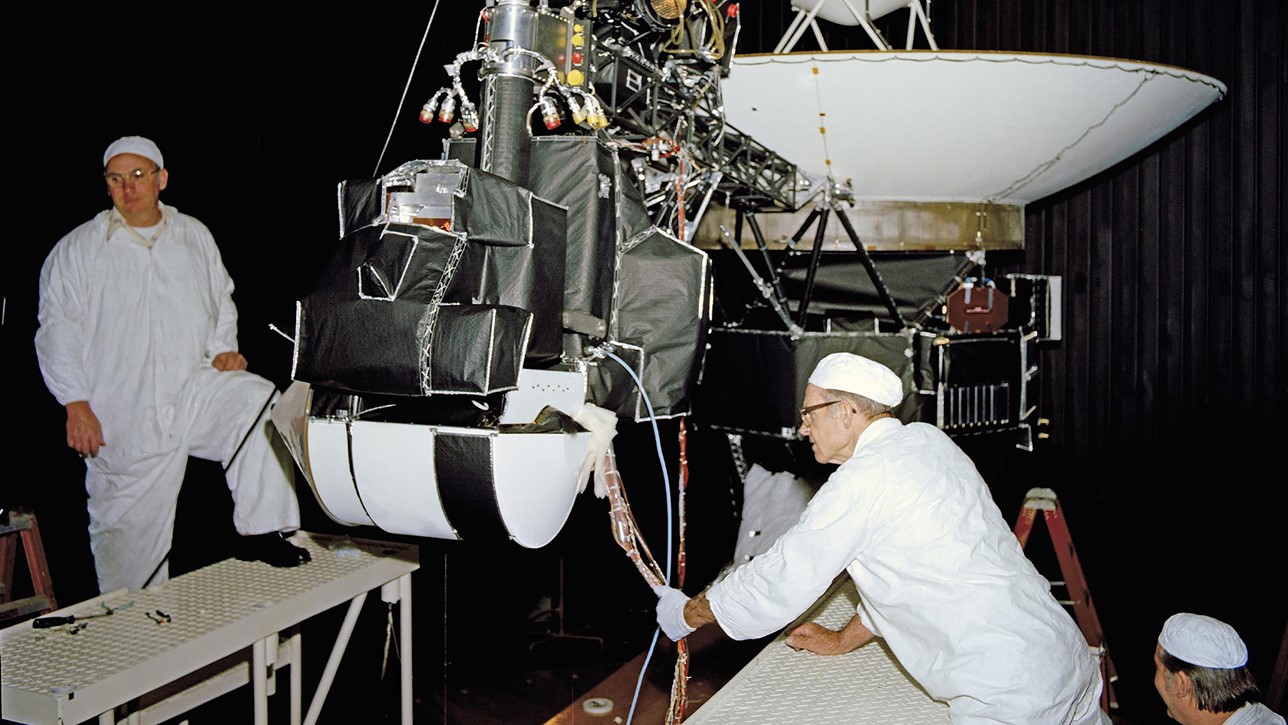 Launched by NASA in 1977, the two Voyager space probes are currently racing towards the furthest reaches of our solar system, returning unprecedented data about the planets they pass and the composition of interstellar space. The Voyager programme developed out of NASA’s earlier Mariner project, taking advantage of a favourable alignment of planets as a good opportunity to launch. The probes, carrying Carl Sagan’s famous gold record detailing humanity’s achievements, have gone further than any other spacecraft, returning close-up images of Jupiter, Saturn, Neptune and Uranus, discovering several new moons and confirming the existence of a “hydrogen wall” at the outer edges of the Solar System.

“Nothing will ever be what the Voyager mission was. It was the mission that showed us what the Solar System is like” – Carolyn Porco, member of the Voyager imaging team