What responsibilities will you have as a project manager? What does the role actually involve? We talked to four younger project managers about their early career lessons – and how they were developing as project leaders.

“We’re in an age of instant gratification, where everybody wants to be at the top of their game very quickly. [But] if you’re prepared to work for it, this can be a really rewarding career,” – Stephanie Schiller, 32, Marshall Aerospace and Defence Group.

“When a new state-of-the-art hospital was built here, I was heavily involved with the migration of its pharmacy department. That’s when I identified that I was using the knowledge and skills I obtained during my degree,” – Jemma Bowman, 30, pharmacy project manager at NHS Dumfries and Galloway.

Ednah Nzombe, 31, a project manager at Mott MacDonald, was worried at first about coming from a financial services background. “I was not an engineer. But you are surrounded by experts. It’s just up to you how you use their resource.”

“Every role you do as a project manager is always going to be slightly different, and will just add to your toolbox,” says Stephanie Schiller, a chemistry graduate who worked at Surrey County Council and whose passion for aviation led her to Marshall Aerospace.

“You do project management every day. It could be planning a party, a wedding or renovating a bathroom in your house – it’s just about applying the same principles,” says Jemma Bowman of NHS Dumfries and Galloway.

Jemma Bowman meets up with a pharmacy project manager regularly to share best practice. “He’s really good at the analytical, data-driven side of project management, and I’m quite creative and ideas driven, so it is a great opportunity to bounce ideas around.”

“One of the biggest pitfalls is constantly being in firefighting mode and trying to resolve the issue right in front of you,” says 31-year-old Dan Allsop from Rolls-Royce. “Ultimately, you need to enable your teams to do that... [Help them understand] how they’re collectively influencing the wider goal of the project.”

Stephanie Schiller says she gains a huge amount of experience from the variety of projects she works on at Marshall’s – but took the forerunner to the APM Project Management Qualification to give her work structure.

Jemma Bowman (who is doing a part-time Master’s degree in project management to build up her skill set) is part of the APM’s schools outreach programme, ‘Make It Happen’, guiding pupils in Dumfries as they plan their sixth-form prom, “right from starting the idea process to delivering the project and objectives”.

“Mentorship has been hugely influential in my career, and I want to try to do the same for others. Having individuals who are willing to share prior challenges with you and explain some of the things that could go wrong has helped me develop,” says Dan Allsop.

To find out more about APM’s education programmes, email caspar.bartington@apm.org.uk 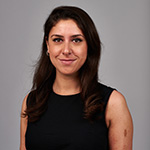 Loulla-Mae Eleftheriou-Smith is part of the Project editorial team. Project is the official journal of the Association for Project Management (APM).