There is one way to find out if a project manager is honest – ask them. If they say ‘yes’ they are a crook – with apologies to Groucho Marx.

This may sound a little harsh but bear with me. As an experienced project manager of over 35 years I have worked on or assured a multitude of projects of all shapes and sizes. In most I have found pertinent information is often not reported by the project manager because: ‘we need to investigate it’; ‘we can recover’; ‘someone else will be late and then we can blame it on them’; up to the ‘we know there will be a change and then bundle it up with that’. Does this sound familiar? I know I have done this!

Equally, project sponsors may not want to hear the truth: they want a quiet life and to know everything is okay or at least plausible deniability so they can bayonet the wounded later, if you don’t want to know the answer, don’t ask the question.

To a greater or lesser extent, all of us are dishonest, to ourselves, and to others (1). It is part of being human, very rarely are people outright liars. These little, and sometimes big, lies to ourselves and others mean that the news a project is going to be late usually comes as a complete surprise to everyone, including the project manager. Project managers and project sponsors are often complicit in this self-deceit.

I have come across many reasons for this lack of transparent reporting. Apart from fooling ourselves there are many reasons why people and their project reports do not tell the truth. These include:

All of these untruths are made easier if there is a big gap between the report and: the reality of the situation; the proximity to power; the ability to act; time to impact of this information. The more immediate the impact the harder it is to bend reality into our universe and the lens through which we look at the world.

Assuming all of this is true, and people do not report the true status of their project for many reasons, how do we fix it? There is always the knee jerk response to produce more and more reporting with lots more detail. In my experience these detailed, and very colourful reports are great, but not read by many people, less understood by even more and very few are able to spot the inconsistencies in the data that indicates something is not right and there is a lie in there somewhere.

We are all human so saying ‘just be honest’ will not work. False reporting is like art, you have to draw a line someplace (with apologies to G K Chesterton). The tools in our armoury to try and combat this are:

There will always be times when projects do not go according to the necessarily high-level plans that were made when we were blissfully ignorant about the way in which they would be run, the risks and issues encountered and the changes in the environment that would happen along the way. This means it is vital to communicate and focus on the strategic outcomes of the project and take issue if they are not achieved, not to dwell solely in the minutiae of cost and time.

The pandemic of false reporting is an insidious disease, but it can be killed with kindness, support and an enquiring mind.

Want to sharpen your project management skills? Visit APM Learning for interactive learning content that is quality assured and approved by APM. 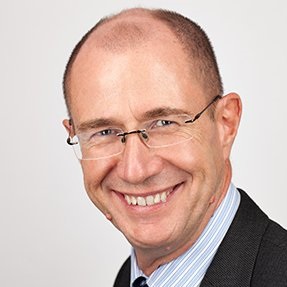