In May, Chris Bailey, scheme manager at Network Rail, embarked on a routine project to renew 800 yards of railway line in Wiltshire. Every project manager will know that it doesn’t take much to potentially knock an otherwise straightforward project off the tracks. The obstruction in this case: Sherrington Viaduct, an 80m-long Victorian structure, with old track built on timber sleepers.

These days, old wooden sleepers are typically replaced by concrete equivalents. But thanks to the weight restrictions on the old viaduct, that wasn’t an option for Bailey. A creosote ban in force from July meant soft wood sleepers couldn’t be used either. Nor could hard wood, which was deemed too unsustainable, as it’s largely sourced from Brazil and has a limited lifespan.

All of this left Bailey and his team scratching their heads for a new solution.

For Bailey, this felt like a sharp left turn. It was hard to imagine a plastic sleeper that could be made as robust as concrete or timber, with the ability to withstand the force of freight trains riding over it for years on end. But after an initial meeting with the Sicut team, who shared the results of extensive use across demanding railways in Germany and France, he was sold.

“The sleepers looked brilliant,” he says. “You could treat them as you would a normal sleeper: drill them, cut them and install anything on them. They don't split, rot or grow fungus, so there’s no need to treat them with creosote. They have a service life in excess of 50 years – which could be over twice as long as timber. And they can then be recycled again into another sleeper or composite product.”

Crucially, at a mere 80–85kg, the plastic sleepers were a lot lighter than their timber or concrete equivalents. So when they passed their trials, their use was a no-brainer.

From a project management perspective, however, the work was just beginning. There were the usual issues: finding land in protected rural sites for a site welfare compound and parking for up to 80 vehicles, plus all the safety concerns of working at height.

But now there were new challenges too. Working on a track replacement project usually involves maintaining the same methodology throughout. Usually, the old track is removed, the area dug out, with new bottom ballast put in, and then sleeper wagons and plant pick up seven sleepers at a time and put them in the hole. And that process repeats.

The composite sleepers were different. The team had to build the sleepers into 18m panels and create a new methodology around taking those panels off wagons and installing them – as well as installing a guard rail system on either side of the bridge. That meant getting additional plant, an extra cost that had to be factored in and signed off.

Time became a pressing factor too. The team had, at best, 10 weeks between giving the plastic sleepers the green light and completing the work. Yet as the sleepers weren’t yet commercially available, it meant building the solution bespoke: determining which items were needed, sourcing them, managing test builds, organising trial loads, testing machine attachments and training the teams to handle them. All with new components that would normally have much longer lead times – especially during a pandemic.

Succeed or fail – there is no middle ground

“We’d never normally attempt something as bespoke as this in 10 weeks, which on railway projects is no time at all,” says Bailey. “We’d be planning this a year out, at least. We had to beg, borrow and steal, and work closely with the supply chain to get the necessary components on time.”

The team only had one shot to get this right. Delivery was slated for 22–23 May, a 52-hour period in which to get the work done. Thanks to the specific challenges of the railway, it may be two years before they have site access again. “There’s no middle ground on railway projects,” says Bailey. “You succeed or you fail.”

For Bailey, it was a question of establishing the critical path, spotting where areas needed to be accelerated, and keeping the countless stakeholders invested in developments – all while juggling elements of 30 other projects he had on his plate.

“Keeping all those projects running along, and then trying to deal with these unexpected curve-balls, that’s the challenge,” says Bailey.

After a successful installation, the team embarked on six weeks of follow-up works on site, before wrapping up on the first weekend of July. Bailey can now turn his attention to those other 30 projects, and is able to reflect on what has proven a key step in Network Rail’s ambition to reach net-zero carbon emissions by 2050.

“I did take the idea of recycled plastic sleepers with a pinch of salt at first,” he says. “But it far exceeded my expectations. The material is incredible. It’s a great product.” 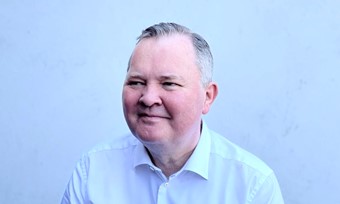 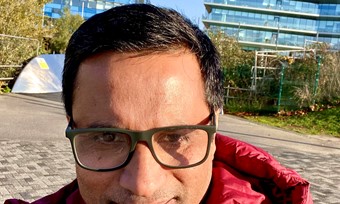