I was in London recently and the traditional tube line announcement of ‘Mind the gap!’ at Paddington station got me thinking of another gap that we cannot afford to ignore, the gender pay gap. While it is quite easy to see the gap between the train and the platform, the pay gap between the genders and why it exists is much less clear.

For the last few years there has been a requirement for companies with more than 250 employees to publish information about their gender pay gap. The Association for Project Management (APM) Salary and Market Trends Survey 2019 also provides insightful reading about salaries in the profession depending on location, role and gender. There are some interesting nuggets of information which can help explain why there is a pay gap between the genders. However, in discussing this issue it is difficult not to make sweeping generalisations; I wanted to unpack some of these ideas in this blog to see if there is truth behind them and what can be done:

There is no gender pay gap. Equal pay for equal work is something that has been a part of English law for many years now. While there are still many arguments about what constitutes equal work, greater transparency on what people are paid is helping to ensure this. However, the gender pay gap is not the same thing as equal pay. Essentially every employee in an organisation is sorted in terms of their pay from highest to lowest. The median salary for men and women is taken and compared. The difference between these figures is the gender pay gap. It not only reflects what men and women are paid, but where they are in the ranks of the company. Thus, the gender pay gap does exist. So why does it exist? Is it closing and can we do anything about it?

There are not enough women in the profession. This isn’t necessarily true, the APM Salary and Market Trends Survey reveals that more women are joining the project profession. There is a greater percentage of women project professionals between 18 and 35 than there are men. And 32 per cent of men respondents have five years or less experience, compared with 49 per cent of women – showing that there is a larger proportion of women than men who are newer to the profession. Moreover, 44 per cent of men in project management are over 45 compared to 30 per cent of women. Age and experience generally result in higher salaries as people rise through the ranks. If there is a larger proportion of men who are older and/or more experienced in the project profession, it is likely that they are paid more due to their experience and seniority which could be contributing to the gender pay gap.

Although the gender wage gap still exists in the profession, there is evidence to show that it is closing. On average, men earned 24 per cent more than women compared to 30 per cent last year.

So is it a case of merely waiting for the gender pay gap to disappear? In five to ten years, the women who are entering the profession now, will have climbed the corporate ladder, so the numbers of men and women in the higher pay brackets will likely be more even thereby reducing the gender pay gap. While there is an element of truth to this, and evidence from last year’s findings, I am not sure that it is quite that simple. There are other factors involved too.

The numbers of men and women describing themselves as project managers is evening out, but this is not constant throughout all the different roles that you can hold as a project professional.

There are higher numbers of men than women describing themselves as consultants, board members, heads of projects and senior project managers. These roles would command higher salaries. Whereas there are higher numbers of women compared to men that describe themselves as project administrators, assistant project managers or project coordinators. In comparison, these roles are not as well paid. So why do we see this difference?

A simplistic view is that women are not ambitious and don’t want these roles. Speaking as a woman, I disagree that women aren’t ambitious; my aim is to move into one of these more senior roles too. I am not alone in this wish either. Recent research from the APM Women in Project Management Specific Interest Group has shown that women are just as motivated as men to go for top jobs but there are a number of barriers that can make fulfilling this ambition more difficult like unconscious bias, imposter syndrome and a lack of female role models.

Women have children and take time away from their work to look after them. Lack of ambition is not necessarily a factor in the gender pay gap. However societal pressures do have a part to play. Women are traditionally seen as the primary care givers in our society; taking care of children and other family members. The stay-at-home father is less common although this is changing. Being a parent is a full-time job in its own right; I learned this the hard way when my son was young. I worked full-time as a project manager and then came home to start my second ‘full-time job’ as a single parent. I was very lucky as my family were supporting me at that time, but it was tough.

The stay-at-home parent, whether male or female, is generally becoming less common. Changes in lifestyle are making it necessary for both parents to work. As a result, it is more common for women, who are primarily considered caregivers, to look for roles that are part-time or offer flexible working so that they can balance the demands of work and family. On the whole, these jobs are not as well paid and the pay gap between the genders is exacerbated.

It seems like there is no quick fix to the issue of the gender pay gap generally, but research such as APM's annual survey and the requirement for companies to publish these figures has brought the issue into the spotlight. This is great as it provokes conversation, gives the opportunity to dispel myths and look for solutions to the issue.

Although there is no silver bullet to end the gender pay gap I do see signs of improvement. There are strong and growing numbers of women entering the project profession, and the gap is beginning to lessen as evidenced from this year and last year’s report. Family friendly policies are becoming more common in the work place allowing both men and women to work and spend time with their families. Change is coming, but in the meantime mind the gap. 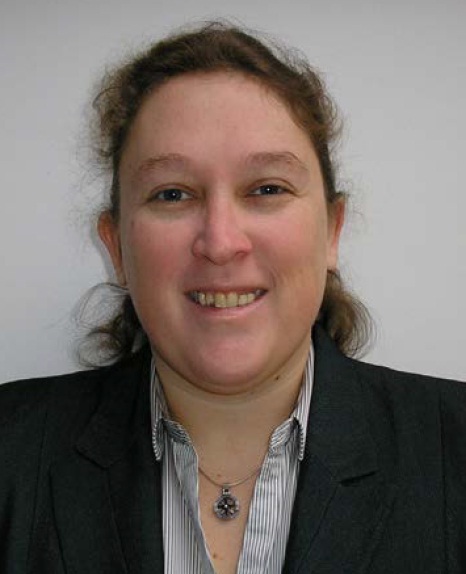