Massive initiatives in tackling deadly diseases are, in effect, complex programmes and result in excellent project management - emphasising that project managers do huge things, not just in infrastructure, but in many different environments.

Dengue fever is a mosquito-borne disease which threatens about half of the world's population.

As many as 400 million people are believed to be infected annually, but nobody is completely sure.

And until now there has been no drug, no vaccine, that can stop it.

In December 2015, Mexico gave Sanofi Pasteur permission for the first limited distribution of a new vaccine which will cut the odds of getting the disease by 60%. The Philippines and Brazil – which alone had 1.4 million cases last year – followed suit.

To get to this stage of what may only be a partial success took a clinical development program involving more than 40,000 people from 15 countries.

They were of different ages, geographic and epidemiological settings and varying ethnic and socio-economic backgrounds.

So it can take years to grind through the gears of clinical trials to get to a product that may or may not work effectively or in the way anticipated.

Yet, with little fanfare, the world’s pharma giants took on one of the most gruesome contagions facing us today, and they got to a viable vaccine in a sprint.

The recent Ebola outbreak killed 11,300 people. The outbreak began at the beginning of 2014, but initially affected countries tried to play it down.

Only the World Health Organisation finally declared an emergency in August and then large scale aid began to arrive in September. So much time was lost.

But then an extraordinary thing happened.

In October 2014, researchers began trialling vaccines that had been tried out in laboratories in the USA as a potential defence against bioterrorism.

By the end of March 2015, one of these vaccines was working to save lives in Guinea.

A process that usually drags on for years was driven through in six months.

The Ebola vaccine was not just new and unproven, but it was also tested in chaotic circumstances without the stability of traditional clinical trials.

In that short period of six months, an unprecedented level of international co-operation between the pharmaceutical giants (Merck, GSK, Janssen), regulators, funders, governments and aid agencies cleared the decks and rushed the vaccine through every hurdle at the greatest possible speed.

For example, Johnson & Johnson’s Janssen Pharmaceuticals threw $200 million into its own version of an Ebola vaccine, with little prospect of repayment. They made 800,000 doses without even knowing if it would be approved. Even in a sector which is built on calculated risk, this was a huge commitment.

And it wasn’t just a matter of developing the vaccine.

Engineers designed battery and solar powered fridges to keep the vaccine supercold in a hot climate without reliable electricity.

New medicines are expected to be proven through the Phase 3 clinical trial, which allows thousands of patients to be randomly sorted – in the midst of a big outbreak – into one group that is vaccinated and another which is not. Then you see how many get sick.

The problem with developing the Ebola vaccine was that, ironically, not enough people were getting sick anymore to give the researchers the big sample – 27,000 people – they needed to validate the vaccine’s success.

So the researchers tried a different method to test Merck’s vaccine.  On 24 July 2015, the trial was stopped, once they found that the vaccination offered total protection against Ebola after 6 days.

As with any new vaccine, it’s unclear how long protection will last, at least until long enough time has elapsed to show if it is still effective. Janssen’s vaccine might be longer-lasting, which will particularly help those people like nurses and aid workers who have longer term contact with the disease.

New pathogens continue to emerge. Ebola was only identified 40 years ago.

The World Health Organisation is now getting researchers, regulators and donors to create a global plan firstly to anticipate likely threats, and then to manage the research and development needed to attack the problem, by clearing animal tests, clinical trials and regulatory approval. Stockpiles of vaccines can then be made in large enough amounts to deal with a pandemic. And of course it all has to be paid for in some way.

All this requires programme and project management on an Olympian scale, involving the alignment of an array of competing financial, commercial and political interests.

Project managers working in pharmaceuticals should be recognised and applauded for their work.

David Waboso is President of APM and writes in a personal capacity. 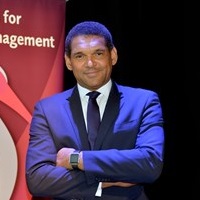 David served as president of APM from 2016 to 2019. He was awarded an APM Honorary Fellowship in 2011. He is an internationally renowned engineer and project manager who has worked on some of the world’s most prestigious infrastructure programmes including Docklands Light Railway and the Jubilee Line Extension in the UK, projects for the European Rail Agency and World Bank funded infrastructure developments in Africa.

David has a passion for training and education. He has served on committees focusing on the teaching of STEM (Science, Technology, Engineering and Mathematics) subjects in schools, speaks regularly to the media and radio/TV, and promotes opportunities for people of all backgrounds to realise their full potential in engineering and other professions.