Three words, alliterative, relentlessly positive – as a slogan, ‘build back better’ has it all. We’re not just going to get people working, the slogan says, we’re going to address a whole clutch of long-standing issues to boot. That’s important, because many existing programmes were put on hold earlier in 2020.

The problem has been acute for the government – the client behind many big infrastructure projects. The National Infrastructure Strategy was due to launch with the March budget, but was delayed as attention focused on pandemic response.

In June, the Infrastructure and Projects Authority (IPA) sought to maintain momentum in major projects by publishing its procurement pipeline report. The 340 contracts, worth up to £37bn, are designed to steady nerves and boost activity.

But as major projects get back into their groove, says IPA CEO Nick Smallwood, the principles of good project leadership must not be forgotten: consistent cost estimation, quality in the origination and development phases and a better understanding of risk.

“There is a real interest in projects that have an immediate economic impact – and we’ve seen a couple like that brought forward,” says Alex Chisholm, chief operating officer for the civil service, and permanent secretary for the Cabinet Office. “The prime minster wants to do things faster – changing methods where necessary, looking for opportunities to lift the regulatory burden or finding other ways to accelerate projects.”

In jump-starting existing projects, a flexible approach is needed

“There are challenges around the workforce – not just in terms of location, but also prioritisation for different programmes and projects,” says Stella Okeahialam, deputy director at the Department for International Trade. But she’s a little more optimistic about the possibilities, too.

“There are a lot of unknowns right now, so we need to keep on learning. But as a civil service – and a project profession – we can learn to be more creative, looking at how projects can adapt, taking a more flexible approach, rather than a fixed and rigid view.”

Even if you embrace flexibility, it’s still important to set expectations. “Develop a range of cost and schedule projections,” says Amy Morley, PMO director at HS2. “When you’re working across a 10-year programme, you simply can’t give precise numbers. A range helps build understanding with stakeholders and, in our case, the public. Specific dates and budgets are a hostage to fortune.”

Look to the future

Infrastructure is a long game. “So, in the medium term, we need to grow the project profession and invest in all those involved in bringing projects to life,” says Smallwood. “There’s a huge opportunity in the younger generation. By 2025, we need to have a bigger population involved in major projects.”

And if ‘build back better’ is to be meaningful, its focus perhaps shouldn’t be a bounce-back in GDP at all. Infrastructure investments need to target the other, pre-existing priorities. The National Infrastructure Commission (NIC) has been very clear on these: building a digital society, addressing the ‘net zero’ climate change target, revolutionising road transport and reinvigorating the regions.

Recalibrate to the new reality

True, modern construction methods using off-site production and other innovations will be essential for increased productivity (another long-standing goal). The tactical use of new technology also helped get HS2 back on track.

“One of our people on the ground developed headsets that beep when you get close to other individuals, so we can ensure social distancing on-site,” says Morley. “The bigger strategic piece, however, is about continuous improvement and innovation.”

And even if we need to be cautious about innovation, we should all be ready to recalibrate projects and methodologies to the new reality.

“We don’t think we’re going back to the old status quo,” says Chisholm. “People are much more likely to be working online, and collaboratively, and inventiveness will go up. Working in big offices turns out to have been largely habit. So look for examples of where people can work more productively and creatively on projects.”

Building back better, as fast as possible, can salve a dented economy. But it’s important we never sacrifice professionalism, precision and productivity in projects – nor lose focus on the fact that infrastructure investment is all about delivering a better future, not just a boost to investment today.


You can read the full article about rebuilding the economy in Autumn 2020 of Project journal, a free publication for APM Members. Download the digital issue now (🔒).

Richard Young is the consulting editor of Project.
Project is the official journal of the Association for Project Management (APM). 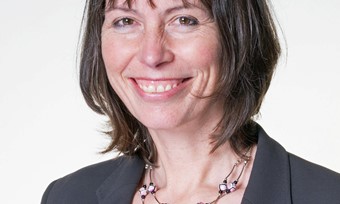