With COP26 on the horizon and a growing sense of urgency around the impact of climate change, carbon neutrality and emissions reductions will be key drivers for new projects and major KPIs for all project professionals.

Professor Lewis led a panel discussion about the challenges for project professionals in meeting net-zero emissions. He was joined by Rachel Skinner, president of the Institution of Civil Engineers and executive director of WSP UK; Peter McGettrick, managing director at Turner and Townsend; and Matthew Vickerstaff, deputy chief executive of the Infrastructure and Projects Authority (IPA).

Infrastructure can be linked, directly or indirectly, to 70 per cent of the world’s carbon emissions, said Skinner. This puts infrastructure projects in a position of urgency with regards to making change. “Whether we’re thinking about planning, designing, building, operating or decommissioning, all of our infrastructure systems could absolutely help in terms of attacking the carbon problem.”

While the rhetoric around this feels urgent, said McGettrick, not enough is happening on the ground. Net-zero planning does not match the net-zero ambition and leaves organisations open to accusations of greenwashing. “I think that a lot more needs to be done, and the recovery from COVID represents a one-off opportunity to change.”

Front-end loading projects with easier wins could have a significant impact on meeting scope one and two plans towards achieving net zero. The IPA continues to recommend this approach, said Vickerstaff. There will be an element of making it up as we go along, he said, and there might be too much emphasis on the policy side of things. “To a certain extent, we need to focus on the areas that can really move the needle quickly, rolling out existing technologies.”

Professor Lewis asked the panel how the profession could articulate the scale and scope of the challenge when it comes to meeting net zero. Skinner said that the focus tends to be too narrow at the moment. “We’ve produced a really detailed picture in this little corner and we completely ignore the rest of the canvas, which of course is where an awful lot of scope three is [found].”

We need to reduce carbon emissions from infrastructure and the built environment more than 30 per cent faster than is currently happening, said McGettrick. “There’s a huge state change required, or else we’re kidding ourselves.”

Get used to uncertainty

Costs will also be a challenge, said Vickerstaff. The taxpayer cannot just pick up the bill; this doesn’t reconcile with the government’s fiscal position, he said. Making it to net zero will mean creating new revenue streams, private-public partnerships and regulatory models.

“If you look at the stats, already in 2010 to 2019 greenhouse emissions have reduced by 38 per cent, but clearly that’s the low-hanging fruit. That’s what you get done first. It’s going to get progressively more difficult, which is why we need to redouble our efforts and find different financing and funding mechanisms to actually make things work.”

“We cannot predict with certainty, because we have no models of what actually might happen if some of these global systems reach a genuine tipping point over the coming decades. We are going to have to figure out how to make decisions in light of the fact that that uncertainty is going to continue to exist.”

Part of this means addressing climate resilience as well as emissions reduction when designing our projects, Skinner said. It is an issue that hasn’t been addressed in any big way. “There is a lot here that we could do and, to me, this is more about behaviour, culture and mindset.”

This is not optional

There is no one-size-fits all solution for how to address the issues that climate change creates within our projects and organisations, said McGettrick. Project managers need to ensure that they are making a positive change that fits the activity of their organisation. “There are a lot of things that can be done that are perhaps mundane and low cost, but can make a big difference. Better data management, for example.”

We have to realise that climate action is not an optional activity, said Skinner. Every project professional needs to understand the issue and approach it with conviction. “It is a personal and professional thing to mean it, believe it and understand it, and to influence literally anything and everything that we can to encourage other people to do the same.” 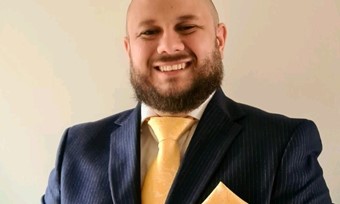