Today is Levy Day – that is, the formal launch of the Government’s much anticipated Apprenticeship Levy. Timings have been tight to determine critical elements of system design, employers have called for a delay or even for a dedicated transition period (a request bolstered by a City and Guilds report showing that only eight weeks ago 2 in 5 employers were unaware whether they would even be paying the levy), but at last, today is upon us.

The 2015 Conservative Manifesto pledge to deliver three new million apprenticeship starts by 2020 led to an announcement in Chancellor George Osborne’s Summer Budget that a levy would be introduced as a mechanism to fund this ambition. Mindful that investment in skills is responsible for around a fifth of productivity growth, the apprenticeship levy formed a key pillar of George Osborne’s Productivity Plan entitled Fixing the foundations: creating a more prosperous nation which he published immediately after the budget.

Leaning upon research conducted by Professor Alison Wolf for the Social Market Foundation, the Government’s primary argument for the introduction of a levy to fund its target of “3 million apprenticeship starts by 2020” was that employers were not stepping up to the mark – and that the levy was intended to address the downward trend in employer investment in training. Government illustrated this point with the graph below which shows that fewer hours are being spent away from the workplace for training. Employers and employer groups were quick to point out that this graph is in fact indicative of a change in the nature of training delivery and that businesses continue to make a sizeable commitment to training (£45.4bn in 2015, up 6% from the estimated £42.9bn in 2013).* Whilst it is true that globally levy systems are the most widespread mechanism used to induce employer investment in training, the introduction of a levy fundamentally alters the UK’s approach to skills funding, lessening the cost to the public purse, transferring the cost burden to (levy-paying)employers. This at a time when Government Departments were being instructed to identify possible savings of 25-40% by 2020.

Employers are acutely aware of the UK’s skills challenge – with 2 million additional jobs to require higher-level skills by 2022, and seven out of ten employers stating that they are not confident of being able to recruit sufficient high-skill employees. The most recent labour market research from the (now defunct) UK Commission for Employment and Skills (March 2016) found that demand for highly skilled workers continues to rise across the UK and is particularly strong in sectors critical to the rebalancing of the economy such as engineering, science and high-tech, and construction.

In questioning the merits of introducing a levy, businesses argued that the levy risked prioritising quantum over quality and that as cost-recovery would be a priority, this intervention would do little to address the UK’s skills challenge and address key and specific skills shortages i.e. in STEM sectors. The increase in apprenticeship starts in the year immediately following the 2010 general election provides evidence enough in terms of this concern – with a 60% increase in starts doing little to narrow skills gaps owing to the fact that the majority increase was in apprenticeship starts at level 2. Apprenticeships undoubtedly have a vital role to play in addressing the UK’s skills challenge but that they continue to suffer from a disparity of esteem vis-à-vis a more mainstream ‘A-levels followed by university’ route suggests that there is still work to be done.

The Government’s promise that businesses will now have more input and ownership (via an account with the [digital] apprenticeship service) following the transfer of the cost burden to employers was greeted coolly following past bad experience (Employer Ownership Pilots). Perhaps more pressing as a concern has been that many levy-paying employers still have a low awareness of the levy and how to access it. The APM has written a briefing note explaining the process and is developing a more detailed guidance document for employers and members generally to be published soon. 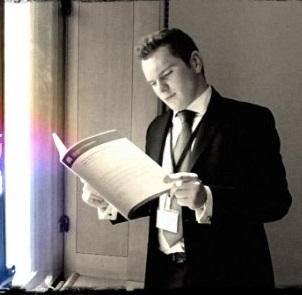 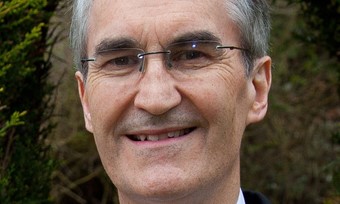