Work continues on the APM Assurance SIG People work stream where we are seeking to examine how behaviours can influence the effectiveness of the assurance process. In October Joanne Bradshaw, the Transformation Director for the Crown Commercial Service and Head of the Project Delivery Profession for the Cabinet Office wrote a blog reporting on the outputs from our workshop in October. She described how the meeting had explored what was 'good' or 'bad' behaviour in an assurance or audit context. Judging by the response we received, the idea of behaviour influencing the effectiveness of assurance clearly rang a few bells in the project management community. So much so that I think it’s worthwhile sharing some of the ideas that emerged from the feedback.

Crossrail was in the media for all the wrong reasons when that blog was published. This context of surprise bad news prompted some reflection amongst you on how behavioural factors impact on accurate reporting. How can it be that delay and overspending fly under the radar of state-of-the-art project controls and sophisticated assurance regimes? Maybe they don’t, maybe the truth is suppressed.

You suggested certain behavioural characteristics that might hinder the emergence of truth:

Either by themselves or in combination, these behavioural factors might combine to create a culture where ‘bad’ news or potential troubles are suppressed. In practical terms audit and assurance rely on data gathered from individuals; if those individuals have acquired a tendency to brush unwelcome facts under the carpet then the assurance process will struggle to uncover the truth. This can have more dire consequences than the ephemeral political embarrassment of the Crossrail delay. Think for instance of the 1986 Challenger space shuttle disaster where engineers recognised the potential catastrophic technical flaw that might occur, but were unable to make themselves heard, and the possible danger was not adequately reported.

Our next workshop will focus on how assurance regimes can challenge the behaviours that conspire to frustrate the reporting of true facts. We are targeting this for the summer. To find out more visit our Assurance SIG page and follow to stay up to date. 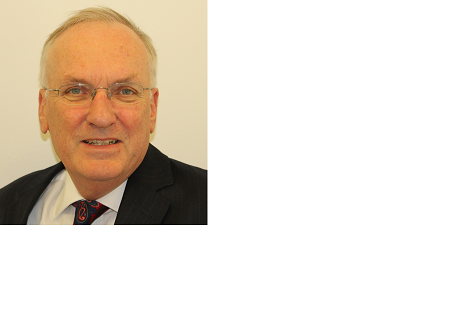 Charles Mills FAPM is an experienced project & programme manager with 40 years’ experience working in the petrochemical and power generation and, more recently, rail sectors. Charles is on the committee of the APM Assurance SIG, has judged in the APM annual awards for the last 2 years and was on the writers team for the APM Body of Knowledge 7th edition (to be released in May). He worked at TfL from 2007 – 17, latterly as head of Station Renewals and Enhancements. He is currently Programme Director at CPC Project Services where he works closely with the Department of Transport.