In spite of decades of effort and high profile campaigns, the number of women occupying leadership roles in executive teams hovers stubbornly around the 8-10% mark. Gender diversity in the senior leadership teams of major projects is worse.

The explanations are, by now, well rehearsed. Project managers tend to come through particular disciplines and via particular ‘project-dense’ sectors - engineering, construction, technology, defence, transport - who in turn, draw their intake from the STEM subjects. Fewer girls choose STEM subjects; fewer women choose these particular professions; fewer women are in the pipeline for leadership roles. So the project management field presents a double whammy for women seeking leadership roles.

Forward looking firms and professional bodies are trying to address this. APM runs a Women in Project Management Special Interest Group and an annual WiPM national conference; MPA has initiated a gender balance campaign for its members; WISE (women into science and engineering) promotes its Ten Steps campaign. Firms have initiated ‘family friendly’ policies; addressed their recruitment activities; unconscious bias training; leadership development, mentoring and coaching for women and so on.

All of these initiatives draw on what is currently believed to be ‘best practice’ from across businesses and sectors. There is a problem, however. Systematic, longitudinal analyses show that, by and large, they’re not working.

And perhaps it has taken the latest revelations about the gender pay gap in the BBC - with its long history of diversity and inclusion training and development - to persuade us to acknowledge that this is a problem that will not be fixed with the current practices.

The reality is that there is continuing structural and persistent gender inequality in organisations.

One reason might be to do with the questions we’ve been asking.  Typically, the ‘research question’ has been a version of: “why don’t women do as well as men?” We assume that women are as good as men and deserve the same rewards as men. But also, that women were the problem needing to be fixed, whilst men were the norm against which women’s experiences must be judged.

The ‘think manager - think male’ association persists. A plethora of research illustrates that women are held to different standards, in interviews, performance conversations, and pay negotiations, even when, in experimental conditions, they behaved identically to men.

The double bind for women is that to be seen as a proper leader they must act in ways to dis-confirm gender stereotypes, but in doing, so they risk coming across as ‘not a proper woman’. Women face a backlash when they act counter-stereotypically - labelled too pushy, too emotional, too assertive, too angry. It falls to women themselves to work out the ‘work-arounds’ - making extra efforts at self-monitoring to fit in, and adopting more stereotypical (often low status) behaviours (indirect influence, self deprecation, talking less and more quietly).

But instead of inquiring into this persistent gender inequality more deeply, it is taken for granted that the organisation (or profession) is gender-neutral, and the norms by which members are judged are both reasonable, value free and desirable. And so it is women who have to engage in more training, more professional education, more mentoring, to learn how to be different; it is women who have to be ‘fixed to fit.’

The question is this: why it is that our inquiries still persist in repeating, in various ways, what we already know - that women face many and various difficulties in all sorts of organisations and they are systematically, explicitly or unconsciously judged as inferior to men.

It’s time for a different conversation.

First, we have to recognise that gender is a social process - not something we have, as an individual, but something we ‘do’ to each other. Second, gender difference is one of the historically and culturally institutionalised way through which social power is exercised (class and race are some of the others). Third, we have to talk about power inequalities; “the point is not that women are different, but that [social institutions choose to] use gender difference as the basis for unequal distribution of power and resources”[1]Finally, when it comes to investigating and researching the subject, we have to recognise that who is doing the researching determines what they find.

And therein lies the challenge. We’re talking here about deep social archetypes and assumptions. These are not shifted by more advocacy or more training.

We need to take a long hard look at where we’ve come from and where we are now; a critical, reflexive perspective, which up-ends the conventional ‘fix women’ model and instead, inquires more critically into the organisational and societal norms and processes that have kept things unchanged for decades.

This means that all those players who have an interest in changing this system have to play their part in addressing it. This is not just an issue for women or about women, instead the position of women in leadership represents a sentinel indicator for a fair and just society. The question goes much wider - how we understand, construct and lead organisations, and social systems. In practice the current leadership teams of major projects need to shift to another level of involvement, recognising that their organisations are deeply gendered. The language, the cultures, the work design, are gendered, since they are both nested in, and reproduced by, unequal social systems. But this is not a reason to despair; rather it becomes a requirement to design more rigorous, innovative processes in a systematic, multilayered plan for change.

Shining a light on this improves the position of women and men and moves us a little closer towards a more just and sustainable world.

Through this research programme, we’ve extended an invitation to organisations who want to be part of making the shift happen.  I’ll let you know how it goes.

To address similar issues, consider getting involved by attending the APM National Conference for Women in Project Management, 28 September 2017. 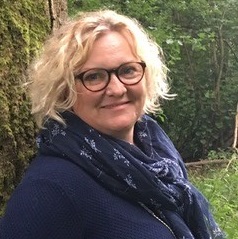 I’m a consultant and writer, with a thirty year track record in leading change, ‘whole systems’ working, equality, diversity and sustainable development; and an Honorary Senior Research Associate at The Bartlett School for Construction and Project Management at University College, London. My first serious encounter with project management came as a Health Board Chair, leading a programme board to reconfigure health and social care services; and working with defence boards on their strategies, leadership development, governance and culture, delivering large and complex projects.

Since then, I’ve led a number of action research consortia exploring the conditions needed to improve the leadership and delivery of major and complex projects; developing a working framework to help project enterprises improve prospects for successful outcomes.  In the last three years, I’ve returned to questions of gender in the leadership of major project and I’ve been working, with support from partners, APM, MPA and ICCPM, on a research project to improve the representation and experience of women in major projects leadership. 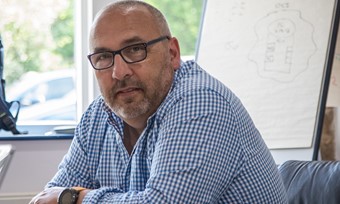