APM in Raconteur’s Special Report in The Sunday Times

APM has again featured in Raconteur's special report on project management that was recently published in The Sunday Times.

APM chair, John McGlynn, explores how the growing importance of project-based work trends in all industries, will require the next generation of project professionals to develop their technological skills, as well as having a strong grounding in project management essentials.

Another article in the report explores the rise of the gig economy where employers are offering more short term projects and drawing on the need for specialists when required, rather than developing an in-house workforce and Alan Macklin has commented on this phenomenon and how it may affect the project management profession.

Read the following, with contributors from APM:

Why the US won the race to put a man on the Moon
The Raconteur (Web), 18/06/2017, Unattributed
soon after the Moon landing. So Dr Mueller might not be the perfect role model for modern-day project managers in every respect. But, according to Emma-Ruth Arnaz-Pemberton, chairwoman of the Association for Project Management PMO specific interest group, his approach remains instructive. "Because of the economy and our general way of life now, organisations increasingly want more for less..."

Why we should let project managers run general elections
The Raconteur (Web), 18/06/2017, Unattributed
Amateurs can't work on this scale. It's the campaign manager's job to mobilise this army. For politicians, this may be new territory. For project managers, it's a core skill. The Association for Project Management includes people management as a fundamental part of the curriculum. 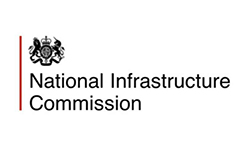 APM calls for skills audit to underpin flow of projects 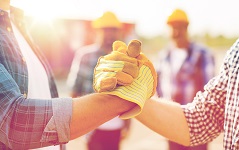 Share
Posted on 19th Jun 2017
Comments on this site are moderated. Please allow up to 24 hours for your comment to be published on this site. Thank you for adding your comment.
{{comments.length}}CommentComments