I must declare my hand. Richard is a good friend. We share a passion for project management, but despite suffering a life threatening illness Richard’s energy and enthusiasm as the chairman of the APM North West branch is, frankly, staggering.

The opportunity to listen to Richard’s presentation was therefore not to be missed. This account represents my interpretation of his presentation. Richard’s assertions certainly stimulated the grey matter in my head in a way few others are able to do. Perhaps it was because of Richard’s passion and conviction or maybe it is because he just talks a lot of common sense.

The theme of Richard’s presentation was as clear as the words imprinted in a stick of Brighton rock  (I live near Brighton, hence the analogy). Project management is intended to be simple and it should remain that way. Get the basics right and if you are engaged in delivering a mega project you are more likely to be part of the:

Incidentally, these are the figures provided by Bent Flyvberg, professor of major project management at Said Business School, Oxford.

Sadly, the apparent inability to deliver projects is not restricted to the mega stuff. The Government’s own Infrastructure and Project Authority show that the same common causes of failure keep reoccurring, and nothing much has changed since research by the Office of Government Commerce revealed that only 20% of projects achieve the benefits they were created to deliver (OGC Common Causes of Project Failure and OGC  Business Benefits through programme and project management.  Both published in 2005).

Richard’s references to Alice in Wonderland in his presentation title is apt because it reinforces the importance of really understanding what it is you want your project to achieve. In the book, Alice asked the cat for directions, saying she wasn’t sure where she wanted to go. The cat replied to the effect that it doesn't really matter. Despite living through an ‘Age of Austerity’ it would appear that many projects are still being spawned by having money thrown at a problem (or an opportunity) when the solution is far from clear. You must know where you want go in order to get there.

Richard talked about having the courage to probe, test and challenge. My research is that these attributes clash frequently with traditional organisational cultures where staff are told what to do, and engagement is at best is transactional. Sadly, delivery of projects in such an environment is unlikely to be successful.

Richard referred to a project management cycle he produced decades earlier as a senior teaching fellow at Lancaster University. The 4 step model is so simple I remember it clearly:

On my way home from Manchester I thought about models I am familiar with. Surprising as it may sound, Richard’s model represents the core of all of the different project delivery methodologies I could recall, be it from the APM, PMI, CMI, Axelos or AMPG International.

If project management is as simple as Richard claims, then why are so many of us getting it so badly wrong? In an earlier talk to the APM, Richard Bacon, MP (former Deputy Chairman of the Public Accounts Committee) indicated systemic failure when he said “we don’t seem to be learning from our mistakes. We make the same mistakes again and again”.  Please see video here. Yet, at the same time as repeating the same old mistakes project practitioners are being bombarded with new methods and tools. My own experience working in Government reinforces the search for the holy grail. It started with PRINCE then moved to MSP. We flirted with ITIL, P30 and 3PM3, MoR, value, benefits and change management before embracing Agile. Perhaps we are all too busy learning the next fad to worry about the mistakes of the past. Some eighty years ago, Hans Hofmann reportedly said that “the ability to simplify means to eliminate the unnecessary so that the necessary may speak”.   Project management practitioners, wherever you are, please take heed of Richard’s advice. Declutter and focus on the simple stuff. Your chances of delivering your project will increase exponentially if you do. 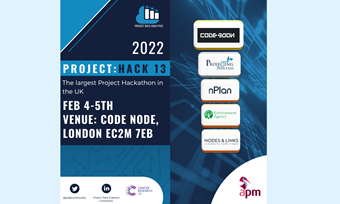