As a former oil industry executive and head of the government’s Infrastructure and Projects Authority, Crossrail chairman Tony Meggs is a man who is used to demanding situations. Few projects anywhere in the world however, can be said to be as demanding as Crossrail.

The 73-mile east-west rail route across London lost both its former chairman and chief executive last year. Crossrail is now two years behind schedule and £2.2bn over its original £15.4bn budget. Despite this, the project still carries significant social value.

“It’s going to be really transformational for London and the south-east,” he told Project. “This is a world-class project that went off track, and the challenge of getting it back on track is very exciting.”

In Meggs’ view, a classic project management paradox is at the heart of Crossrail’s challenges: the balance between the self-belief necessary to make progress, versus pragmatism over what can be done in the available time.

He explains: “You have a project team who really do need to be optimistic, hard charging and focussed, but you also need a bunch of more miserable people doing the independent assurance who say, ‘Oh but this is so very difficult, are you sure?’ The job of the board – certainly the chairman – is to balance those different points of view.”

Crossrail’s management team under former chairman Terry Morgan lost that balance towards the end, he adds. Systems of internal checks and balances failed, replaced by an increasingly blind determination to meet the 9 December 2018 deadline for the first trains to start running - a position described as a ‘fantasy’ by current chief executive Mark Wild.

Meggs says: “That date loomed larger and larger as a total commitment. When you’re so committed, almost come hell or high water, there’s always a risk that you start to filter out information that doesn’t agree with your desire.

“We’ve got a new board now with new skills [including two female non-executive directors in Baroness Jo Valentine and Sarah Atkins]. And we have rebuilt or built from scratch the appropriate board committees and built a new system of assurance. There was no second or third line of assurance in Crossrail. Now we’re in much better shape."

APM members can read the full interview with Tony Meggs in the Autumn issue of Project, including his thoughts on:

Non-members can join APM for automatic subscription to Project, or download a sample issue here. 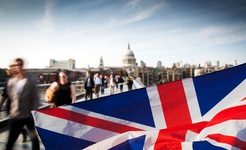 Courageous Conversation video: We really need to talk about knowledge management as a profession

Helping others during the coronavirus outbreak

Lest you forget! Maintaining stakeholder relationships in difficult times webinar

Share
Posted on 17th Sep 2019
Comments on this site are moderated. Please allow up to 24 hours for your comment to be published on this site. Thank you for adding your comment.
{{comments.length}}CommentComments