At an event on 'How to build a long-term plan for infrastructure' held this morning, 18 July 2018, at the Institute for Government (IfG), APM C EO Sara Drake joined the chair of the National Infrastructure Commission (NIC) Sir John Armitt and former Transport Minister Stephen Hammond MP on a panel to discuss the key messages of the recently published National Infrastructure Assessment (NIA). Additionally, panelists discussed how government should respond and how to ensure that the NIA is a catalyst for a more long-term and strategic approach to infrastructure planning.

Sara Drake, chief executive of APM said: “The objective of creating a strong and successful long-term pipeline of relevant infrastructure, and in APM’s case, having better and more effective project management at its heart, is an important one for the country – both in economic and social terms. The creation of the NIC and the recent launch of the Assessment is a major step in the right direction towards achieving that objective.”

“The NIA has a number of important recommendations about issues such as digital, low carbon economy, transport, flooding, urban development, design infrastructure and financing which are strongly made and which Sir John has set out clearly both at the launch last week and today.”

“The key part of the NIA is a paragraph at the heart of the report’s ‘next steps’ section where it says that, ‘Infrastructure delivery depends on the availability of the right skills, the approach to construction and project management, the depth of the supply base, and the capability of government and other infrastructure owners and operators to act as an intelligent client. These are the responsibility of the Infrastructure and Projects Authority (IPA) which advises on infrastructure delivery. The UK’s exit from the EU will impact the UK’s skills base and supply chain. There should be a strategic approach to manage this’.”

“What I draw from the whole document is the increasing interconnectivity of the various strands. A rail project is no longer a rail project only; new housing cannot be planned in isolation. The NIA recognises the danger of siloed decision-making. Complexity and interoperability, dependency and volatility – all these factors play to the need to see infrastructure developments in new and imaginative ways. I welcome the importance the NIA places on the impact on society and individuals not just a spreadsheet concern and that infrastructure is defined in its broadest sense – not just the physical.” “This report creates the conditions for a national consensus on major projects but also major policy themes. It is naïve to think that everything can be harmonious and can be delivered rationally – indeed it is probably not healthy nor realistic to think this is possible for everything but the NIC can play a key role in helping to create the conditions for healthy national debate to achieve long-term consensus where possible.”

“Finally, part of the contribution to creating better and more effective infrastructure capacity is to continue a key task on which our profession is focused: improving the skills and project leadership of both major and minor projects to achieve better outcomes and benefits to society and the economy.”

Acknowledging APM’s pleasure in supporting today’s event and discussion, Sara emphasised APM’s wider partnership with the IfG – including the report How to be a minister – making decisions on infrastructure, published today (18 July 2018).

Produced in collaboration with APM, the report sets out how ministers responsible for infrastructure policy can help to deliver high-quality infrastructure for the country by making better decisions. It focuses on economic infrastructure – energy, transport, water, utilities and digital communication – where relevant ministers may oversee the building of better roads, railways, flood barriers, broadband and electricity networks for the country. Well-planned economic infrastructure will help to tackle many of the key challenges facing the country, such as stagnant productivity, regional inequalities and post-Brexit competitiveness, and avoid ‘white elephant’ projects that waste public money and fail to deliver economic benefits.

Building on the Institute for Government’s 2017 research programme on infrastructure decision making in government and from a public event held at the Institute for Government: ‘How to be a minister: making decisions on infrastructure’ – supported by APM – the report also draws insights from the IfG’s Ministers Reflect project, a unique archive of more than 80 interviews with former government ministers, which records – in their own words – what it takes to be an effective minister.

Read APM’s response to the recent publication of the National Infrastructure Assessment here.

Follow this link for video of today’s event at the Institute for Government, or this link to access soundcloud audio. 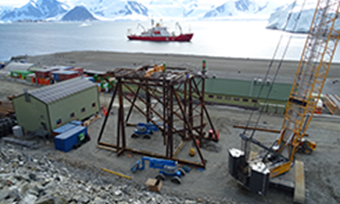 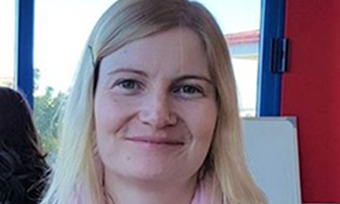 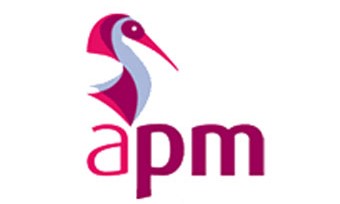