The word ‘hubris’ evokes Greek tragedy and ancient myths of heroes and kings who destroy themselves through pride. But the concept of hubris is as relevant today as it ever was – not just in the world of politics (where hubris might be expected, if not accepted) but in business. And businesses concerned with surviving and thriving in the long term must be vigilant to it or risk a fall from grace.

It is important to make a distinction. Hubris is not ‘just’ pride or arrogance. It is the kind of extreme pride and arrogance that arises when someone has had past successes and no longer thinks they are capable of being wrong. Though it seems obvious that this is not a desirable quality in any leader, our culture has historically celebrated the single-minded person who goes it alone, making tough decisions themselves and commanding respect, or even fear, from their subordinates.

And we do not have to look far to find examples of this kind of leader in recent history, from former WeWork CEO Adam Neumann to Uber co-founder Travis Kalanick. They were indulged far longer than seems reasonable because of our cultural celebration of ‘the visionary leader’.

But hubris is antithetical to effective leadership in the modern world because it is all-consuming. Hubristic leaders make decisions because they have made the right decisions before and, believing themselves now to be infallible, increasingly isolate themselves from others, refusing to accept perspectives that contradict or challenge their own.

This does not just lead to poor choices, but to overreach, since hubristic leaders believe they are capable of achieving much more than they can. Their isolation only amplifies the lack of self-awareness that they are already guilty of having, and which led them to isolate themselves in the first place. By refusing to accept and celebrate competing views, to challenge their own instincts and to value the opinions of others for their own sake, they slide into their own reality, guaranteeing failure if not immediately, then certainly in the long run.

Hubristic leaders are often successful leaders who justify their present decisions by reference to their past ones. But there are still subtle indications that a leader might be becoming hubristic. They may increasingly belittle, ignore or reject the opinions of others. They might collaborate less with their teams, siloing themselves. They may create conditions in which employees see themselves as competitors, rather than members of the same team. They may involve fewer and fewer people in the decision-making process or surround themselves with ‘yes’ types who never challenge the things they say. They may thwart attempts to instil a wider culture of questioning or debate.

But despite the fact that hubris often creeps up on successful leaders, it can be prevented by putting in place processes and a structure that encourages self-awareness. By proactively creating a culture in which creative conflict is nurtured and the team is empowered to speak honestly and to challenge the leadership, the seeds of hubris do not have the opportunity to grow.

It is also vitally important that leaders consciously reflect on what their function is: not to serve themselves, but to serve the business or project. This will encourage them to measure themselves against the standards set by that business: its values, vision and purpose. And, given the horror stories of recent years, it is also worthwhile for leaders to bear in mind how swiftly hubristic leaders fall from grace, and the often irreversible damage they do to their business and its people in the process. Has Uber ever really recovered from the allegations of Travis Kalanick’s sexual impropriety? Even today, and even among its users, Uber is synonymous with bad acting and sexual harassment.

All this raises a question: what makes a good leader in 2021? Good leaders are humble because of their successes. They make themselves vulnerable to encourage a plurality of views to be heard. They nurture and bring up talent. They stay true to their purpose. And they understand that collaboration is more effective than competition, and that if they reflect that fact in how they work, their culture will flourish.

A version of this blog appears in the summer 2021 edition of Project journal, free for APM members. Rita Trehan is a business transformation expert, public speaker and founder of Dare Worldwide Consultancy. Her latest book, Too Proud to Lead: How Hubris Can Destroy Effective Leadership and What to Do About It (Bloomsbury Business), is co-written with Ben Laker and David Cobb. 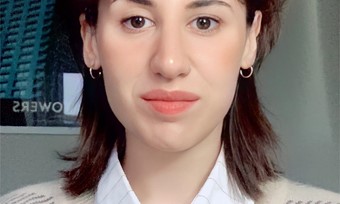 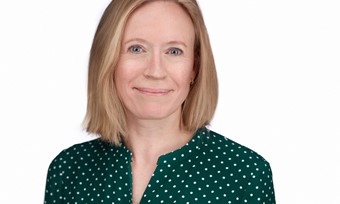