I begin by noting the difference between sustainability and climate change. Sustainability has become a catch-all for actions to do with saving the environment. It actually refers to the capacity to endure. Climate change speaks to a broader, more urgent, potentially catastrophic set of factors. Over the last 10 years climate change has become increasingly accepted as a critical challenge to our world and to us, its passengers.

I begin by listing the effects of rises in the Earth’s ambient temperature above pre-industrial levels of 2, 3 or 4 or more degrees Celsius. The impact will be significant and dramatic yet, although there was jubilation the UN meeting in Paris 2015 where specific targets were agreed, actions to address how they would be met were left to individual countries. Follow-up is being done in a very weak and decentralised way. The project management profession, as the major discipline for managing change, should surely have something to contribute that addresses the situation more effectively. After all, over 20% of GDP is organised on a project basis. It's partly our own fault: there is next to nothing in the literature on how project management can help ameliorate the causes or consequences of climate change.

Thinking of what can be done, two fundamental practices seem missing: We await the opportunity to explore with the UN how these practices can be deployed. The situation technically is not unlike the Apollo Moon program of the 1960s. The energy there was focused and managed. With climate change we have yet to organise as effectively.

But it's not as though nothing is being done. In fact, project, program and portfolio management is already working to reduce greenhouse gas emissions, the primary source of temperature rise, in all kinds of ways. Buildings are being modified; new products are being introduced; fresh policies and regulations are being applied. Behaviours are key. Unfortunately however, the behaviour changes required to achieve the UN targets are so major that one must doubt whether the goals are realistically attainable.

But the profession can help in other ways. We can help by managing projects that will deliver new forms of mitigation, for example fusion based electrical power generation and carbon capture and storage. These are still a long way off however: the R&D required is enormous and the track record of achievements to date, worryingly slight. Renewables offer an attractive alternative but rarely exceed 30% of the power supply mix. This is considered too low, at least by the British Government, and in the UK at least we are thrown back on nuclear fission, and gas. But again, project management is not delivering as hoped – often as result of technology, as with the recent collapse of Westinghouse and as potentially, I believe, with Hinkley Point C with the government's procurement strategy resulting in highly risky technology being used).

In fact, in the built environment as a whole, the roles of the sponsor and other stakeholders are central, whether for big projects or for portfolio-type decisions, as, for example, in addressing flooding. Thus, managing the institutional contexts within which projects and programs have to operate often requires a new type and level of skill. In effect, the book advocates a model of project management that involves a more probing, creative, front-end oriented approach – an approach fit for tomorrow’s challenges as well as today’s.

There are plenty of opportunities, and needs, for project managers and the project management profession to stand up, claim the right to direct and influence activities, and perform and contribute to the development of a lower emitting world of greenhouse gases. But to do that many of us will have to stand up and be counted, making difficult decisions, and suffering adverse commentary. Looking at your children and neighbours, one can't doubt that this is the right thing to do: it's the only game in town. Let's act professional and play hard before they take our pitch away.

Peter W.G. Morris is emeritus professor of construction and project management at University College London (UCL). He was head of UCL’s Bartlett School of Construction and Project Management between 2002 and 2012. During this time, the school tripled in size.

Professor Morris’s research has been principally in the areas of project strategy, competencies, organisational learning and climate change. He has consistently emphasised the importance of managing the front-end of projects and managing projects as organisational entities, using the term ‘the management of projects’ to reflect this broader focus.

He is the author or co-author of more than 120 papers and several books on the management of projects: 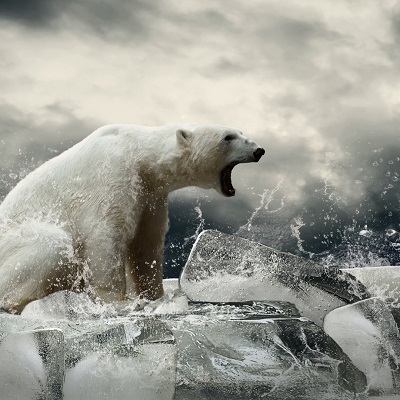