Wales and Western region of Network Rail delivers £1bn of infrastructure programmes every year, from installing new railways to improving how roads interface with rail. Programmes of this size and scope produce a lot of data, but all the data in the world is useless unless it can be translated into knowledge.

Steve Naybour is head of programme management and controls at Wales and Western. He and his team set out to deliver more value from the information they were collecting. “We had that challenge, how do we move our business away from loads of information to an ‘ark of knowledge’?”

Naybour, along with his colleagues Milla Mazilu, Yamini Kumar and Pragya Raina, delivered the team’s findings at the APM Planning, Monitoring and Control (PMC) SIG Conference 2021. The work wouldn’t have succeeded without the support and input of all project colleagues. It was a process that involved a lot of testing and flexibility, said Naybour.

Initially, the team considered reducing the number of KPIs to three to five core metrics, but that would not give them the depth and visibility of data they would need. They also didn’t want to overwhelm stakeholders with useless information. “We wanted to save time for everyone. If there was a quick and simple way of getting to the solution, we would do so.”

The team wanted to develop a system that was accessible and easy to use, which people across the organisation could access regularly. Like many organisations, project data was stored across several systems, and project teams would have to log into various platforms to access the information they needed. This made it difficult to identify trends or conflicts. Status reports were prepared in PowerPoint or Excel, leaving them open to manual errors. Some project sponsors and clients didn’t have access to a lot of the data, either.

“There were people for whom it was really important to have access to the data, so that they could... develop local insights. This was extremely important for our team as well,” said Mazilu.

The initial development started incrementally, recruiting early adopters and engaging with more sceptical colleagues to test out their ideas and develop the team’s data models and dashboards. PowerBI and Sharepoint were used to improve data accessibility. The team ran frequent video training sessions for employees from across the organisation, not just the project teams.

Last September, the office took responsibility for reporting across the region, rather than large enhancement projects, requiring rapid scale-up of the project. The team took a ‘big bang’ adoption approach, transitioning everything over to their new methodology in four weeks, using the data models they had already developed as a starting point.

“We provided sustained support to our teams throughout that change with regular training, familiarisation and issue resolution over the first three months,” said Mazilu. “Once this was completed, we moved back to an iterative and agile update process. To maintain momentum, we constantly check the use of these outputs and ensure that they are linked into the decision-making process of our business.”

The team created a PowerBI pack that consolidates data from all of the organisation’s project-related systems. “Over the past 90 days, this report has had over 22,000 views. We collect commentaries using our PowerApps application, which has seen around 20,000 launches in the last 90 days. We use SharePoint to track local data with 18,000 views over the same time periods. These are numbers we feel really proud of.”

Harnessing the power of data analysis

All of this work has resulted in faster, more accurate reporting and more efficiency in meetings. Data quality has improved, as has the understanding of critical metrics and teams across the region. “Ultimately, the most tangible benefit has been to our bottom line. We have saved significantly as a result of avoiding recruitment on the reporting team.”

Team members Yamini Kumar and Pragya Raina demonstrated some of the reports the team had developed, including a risk report covering all projects and a milestone report, which pulls in data from several sources.

“[We created] a number of automated PowerBI reports that help project teams improve their productivity, accuracy, timeliness, decision-making and efficiency within the organisation,” said Kumar. “These automated reports also help teams analyse and identify potential problems early, when you still have time to act on them.”

“Data analysis and reporting has become the cornerstone of modern business operations,” added Raina. “We should harness its power to visualise business performance and provide more efficient, data-driven decision-making opportunities.”

For more information on the APM Planning, Monitoring and Control (PMC) SIG Conference 2021, or to view on-demand content, click here. 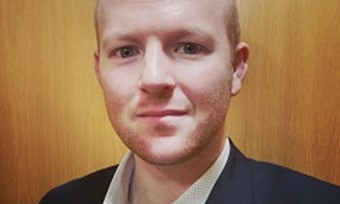