For those who've heard me speak you will know of my passion for a great story – not just for the sake of it – but for the way it can help all of us deliver better projects.

Whether you work in industry, IT or infrastructure (as I do), whatever your field, crafting and telling a strong story about why and how you are delivering what you need to will convince and communicate. It will improve your buy-in. Why? Because people listen when you tell them a story which captures their imagination.

Cast your minds back to when you were small, how you loved that bedtime story, how you would listened wide-eyed and bewitched by the characters and what might happen next, and how as you grew older, you would find a great book unputdownable as the story hooked you in to other worlds. We are naturally disposed to want to know what happens next.

Now no-one is claiming project delivery is a page-turner from end to end, but think hard about your story, invest in it and you will bring more people along your journey and build advocacy and support.

That’s the power of story-telling. As the late and great Terry Pratchett said: “People think stories are shaped by people….in fact it’s the other way round.”

Stories, or as we in the communications world like to call them, strong narratives, draw us in, make us feel like we belong, and make us feel and experience what the ‘plot’ might mean for us.

Whether you’re old enough to remember the Jackanory programmes “Are you sitting comfortably, then I shall begin,” or young enough to have been raised on Harry Potter or even Big Brother, you will remember being drawn into others’ stories.

So what does this mean in the world of project delivery?

It’s about telling or selling your story – what is it going to mean to someone in the end? What is it going to do for them, not what you are going to do to them? It is much more than the successful delivery of every line on a project plan. It is about delivering change and benefits. So sell those benefits – not just the features. Sell the sizzle – not just the sausage, as a well know marketing phrase goes. The great thing is this works for projects of any scale.

Ever received this kind of email from a project team?

We are sending you this email to tell you we are going to do some stuff with IT that you will have to learn how to use. It will be difficult and expensive but we have to do it. We have to do it by September and your team is first in line and up for training next Thursday. And it’s mandatory.

Not such a great pitch. Is this better?

I want to tell you about Jack in the operations team. Jack has been wrestling for years with trying to find a way to store and log his documents in an orderly way – he kept losing stuff, he was always confused about which version of each document was the latest and finding space for huge documents was a real challenge. We have got a way of helping Jack, his team and you all, so in the next six months we will be rolling out a modern, simple tool which will make it quicker, simpler to manage all your documents and files and life so much easier for everyone.

There are characters, a plot, a beginning, a middle and an end.Craft your story, know who you’re telling it to, work with your characters to make it mean something to them, then get others to tell it too.

The moral of the story – lessons learned

If it helps to craft it you can ‘storyboard’ your project – craft, step by step, what your plot is going to be. You can use the well know PIXAR model:

Once upon a time there was…

Working in the delivery of some of the largest roads projects in the UK, including the Lower Thames Crossing and the tunnel past Stonehenge under part of the World Heritage Site, we at Highways England are reminded daily of how important these projects are to our stakeholders. The stories of road delivery often run for decades – we’re building a new 21 mile long A14 in Cambridgeshire, a story which has been running all of my working life. The same goes for Stonehenge where people have tried and failed over generations to deliver a solution which solves the congestion on the A303 and restores tranquillity to a unique ancient landscape.

The cast of characters is vast and varied and the twists in the plot never fail to surprise. But we’re working hard to make sure this is not just a plan to build a tunnel under part of Wiltshire, but a long-running tale one about protecting the local communities from the perils of rat-running and reuniting a landscape severed by queues of near stationary traffic. We want that cast of stakeholders to take part in that plot so we focus on engaging in a meaningful way, truly listening to their views, as the story unfolds. Will there be a happy ending…..of course. 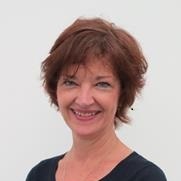 Sarah is head of communications and engagement for Highways England’s Complex Infrastructure Programme which is home to the country’s three largest roads programmes, the A14 in Cambridgeshire, the Lower Thames Crossing and the A303 Stonehenge scheme.

A chartered public relations practitioner, she is an experienced communications specialist and accredited member of the Chartered Institute of Public Relations.

After a long career as a journalist and television news broadcaster, Sarah moved into corporate communications, and advised many small and large businesses on media management, public relations and crisis communications, including the Metropolitan Police, the NHS, utility companies and ran the communications team for one of the largest social housing providers.

She is passionate about the role of story-telling and high quality stakeholder engagement and is eager to explain how good communications can support project delivery in infrastructure.