There has been a great deal of interest in the idea of moonshots lately. Some of that doubtless comes from the UK’s Operation Moonshot plan to carry out 10 million COVID-19 tests a day. Google’s Moonshot Factory, launched in 2010 by founders Larry Page and Sergey Brin and now renamed simply ‘X’, may have set the ball rolling with its vision to achieve “10x impact on the world’s most intractable problems”.

Recently, the renowned economist Mariana Mazzucato leant heavily on the idea with her book Mission Economy: A moonshot guide to changing capitalism.

But what does it take to manage a moonshot project? That’s what I was asked to find out for a feature in the forthcoming autumn issue of APM’s Project journal, in which I look at three case studies: NASA’s effort to bring back samples from Mars with the Perseverance rover; the ITER project to create net energy from nuclear fusion for the first time; and Formula E, the bid to establish a worldwide motorsport using electric cars.

Here are some of the things I found out.

These projects are complex

Moonshot objectives usually involve a great deal of technical complexity ­– otherwise, they would have been solved before now. But what’s also clear is that they are often beyond the capability of any one agency, and that means many different partners and stakeholders may be involved.

In the case of ITER, some 35 countries are involved. Michel Claessens, its former communications head, says: “The managers did not choose the easiest way, because they decided from the beginning to spread the construction among the participating countries, each building part of the reactor. This is a huge challenge. I don’t know of any other project that is this complex.”

It’s not just ensuring that everything bolts together perfectly, it’s getting all those partners to work together, overcoming language, cultural and political barriers.

You need a vision

If you want hundreds or even thousands of people to commit their time, energy and in some cases a large part of their career to the project, it’s essential that there is an inspirational vision of what can be achieved. Taking a vehicle to Mars to collect some samples is one thing; but the possibility of finding evidence of life on Mars is altogether more inspiring.

“You need to encourage all of these different participants to transcend their differences and rally around a purpose that is greater than themselves,” says Tom Eastup, a project and programme management consultant who worked for a year at ITER. “I felt like I was part of this incredible mission to secure the future of the world’s energy security.”

On projects that can last decades with no guarantee of success, it may be challenging to ensure that everyone stays motivated. Perseverance is one of the most important requirements for a project manager in that circumstance, says Jennifer Trosper, project manager on the NASA mission bearing that very name.

“If you keep things moving forward and always solve the problems that enable you to move forward, then anything is possible,” says Trosper.

When you are pioneering, you need to invent things from scratch. In the case of Formula E, that meant working out the safety protocols when electric cars collide, carrying a huge charge, and race marshals have to come to the rescue. But it also means having to design all the processes and documentation for an event that has never been attempted before, according to Formula E’s strategic planning director Gemma Roura Serra.

A moonshot project may be experimental and it could involve trying out different technologies in parallel to reach the end goal.

The outcome is uncertain

If you’re building a bridge, it’s pretty certain you’ll get there, even if it’s over time and over budget. With a moonshot, a different mindset is required.

“You need a delivery model that is adaptive and flexible, because the duration and the outcome are so uncertain that you need to be able to change to deal with things you can’t predict at the outset,” explains Andrew Davies, professor of innovation management at University of Sussex Business School.

Very substantial contingency funds may be needed. You even have to consider the possibility of failure.

The most intractable problems in the world can’t usually be solved in a single bound, says Davies, who thinks the moonshot is a useful metaphor, but one that’s not always appropriate.

Solving climate change or curing the world of the pandemic will require some massive leaps –  but sustained efforts from many different directions are what will achieve eventual success.

For a longer feature exploring moonshot projects, look out for the autumn edition of APM’s Project journal 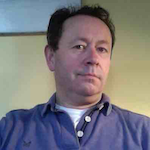