If your projects are anything like my projects, you may have noticed a trend for giving punchy names to teams, processes and even the project themselves. Often these names are carefully chosen to convey an impression of something tough, dynamic and action-packed.

Usually of course, the intended impression is that there is something new, better, stronger or smarter than whatever went before. Names that are chosen are intended to be strong, attention-grabbing and to make an impression. At the same time they can make members of that team or project feel part of some elite squad who are ‘gonna shake things up around here.’ To illustrate this say the below out loud:

Which of the two declarations make you feel most empowered, as you call to introduce yourself? No surprises if it’s the second one. It is, after all, human nature to big things up a bit, especially for some new initiative, and it’s normal to want everything to work well, bring about change and create a strong identity for those carrying it out.

In my experience, action-sounding team names are created to not only suggest something new and wonderful is about to happen, but also to distance the ‘new’ team from all the failed initiatives that didn’t deliver anything before.

Of course, it can all go a bit flat if the new, action ‘tiger’ initiative doesn’t deliver, creates a worse situation or causes bad blood within the organisation. I have lost count of the ‘Tiger Teams’ that petered out in a whimper rather than a roar; the ‘Match-Fit’ squads that never left the bench; and the ‘T-minus Countdowns’ that saw lift-off disappearing over the horizon. Action-sounding names are of little use if you don’t do what you were supposed to in the first place.

Still, the world of projects is fertile ground for action-sounding names. Some I have come across include: burndown charts, punchworks, firebreaks, riding instructions, sprints, surges etc. We talk of cross-cutting themes…Now even the UK government has a Department for Levelling Up.

Part of this trend is the ‘denominalisation’ of a word - to make a noun into a verb. Recently we heard reports from the Olympic Games of somebody ‘medalling’; we talk of ‘firewalling’ (stopping) or ‘trending’ (supporting) something.

If we investigate why we do this, the science suggests a reason. Reb Veale, a psychologist at Reveal Solutions explains: ‘Within the neocortex of our brain, verb activation is considered to take place in in the prefrontal and parietal cortex, areas associated with the control of movement, while noun activation is in the left basal temporal lobe, near to regions associated with visual object processing.

Therefore, when we denominalise nouns (particularly abstract nouns such as 'project, milestone, dependency, resources' etc - things we cannot see, hold, weigh); turning them into verbs, we not only associate them with action, but we also move them to the area of the brain associated with agency and ownership. Thus, it is very different talking about what we will be able to see, hear, measure at a certain point, rather than, say a milestone.’

A Gantt chart is a thing you look at; an action plan is a thing we (must) do. It carries with it an imperative and implies an agent who does it. This imperative carries with it a whole structure of values. To oversimplify - carry out the action plan effectively and you succeed; don’t and you fail (although a more modern take on this would be to get valuable feedback and to produce a better plan).

So, when we assign names that suggest activity or strength, they do light up a different part of our brain, where action, agency and ownership live. When that happens, it is natural for us to invest our own mental and physical energy and even an emotional connection to the name/team in question.

If you think carefully about the ecology or ‘fit’ of your new team, initiative or system name, you can tie it back to the identity of your organisation, programme or project in a consistent way – it will make it seem more a part of the larger identity. Some years ago I worked on a global systems installation for Exxon, who sponsor tigers, and use their image in their corporate material. The name of our project? Stripes. Not an action-sounding name, but one that let us all feel a connection to the corporate tiger.

By using action-names and denominalising things into verbs, we are binding ourselves in more closely to the agency and ownership of the thing in question.  The words ‘have more juice’ for us and might even increase our energy and application.  As well as creating an energetic identity, it can actually work, because we feel differently about it. In any project, that has to be a good thing.

The APM People SIG works in this area where people and projects overlap, and would be interested in your views on all this, particularly if you are a member of team with an ‘energetic’ name – you can comment here if you like.

Tim Lyons is a programme and project manager, with many decades of working on large system and infrastructure programmes. He serves as a member of the APM People SIG committee. Tim holds national and international qualifications as a coach. An ex-broadcaster, he studied language and communication and writes about subjects where projects, coaching and communication intersect. Tim is also a mental health first aider. 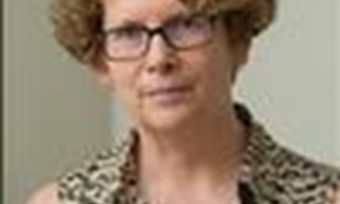