While 2022 has ushered in opportunities to connect with people in person at conferences and meetings, it has also exposed us to tedious presentations, pitches and rambling hosts. Did the absence of these face-to-face events over the previous two years make us more acutely sensitive to being bored? Maybe you duck out of speaking slots for fear you will send your audience to sleep?

Simon Lancaster’s new book, Connect!: How to Inspire, Influence and Energise Anyone, Anywhere, Anytime, couldn’t have arrived at a better time. Lancaster, a Westminster speechwriter who publishes books, runs workshops and presents lectures, aims to show that the art of brilliant communication is down to establishing connections.

By connections he refers in part to the dark art, honed by advertisers and political strategists, of tapping into our subconscious desires to find connections in order to make something abstract or mundane suddenly desirable.

For example, before 2016, no one had heard the phrase ‘oven-ready deal’, now synonymous with Brexit. It did the heavy lifting, establishing the idea that leaving the EU was as easy and familiar as preparing a meal.

Scientists have shown that when we imagine ourselves kicking a ball, the part of our brain that deals with kicking ‘lights up’. World-class athletes tap into this visualisation technique to prepare to compete, because it develops their muscle memory even when they aren’t physically practising.

Unsurprisingly, politicians, leaders and celebrities swear by it too. Unfortunately, this ability to visualise also works the other way. Many project professionals will know the feeling of lying awake catastrophising in the small hours the night before a crunch meeting.

Lancaster points out that another technique is showing admiration for your audience, telling them how bright, enthusiastic or smart they look. It can work in meetings or conversations too, when we tell a person they just asked a great question. Using someone’s name is another way to build an instant connection.

Bringing in a moral dimension can be used to strengthen even a mundane message. You might be advocating for a bigger budget for a project. Facts and figures in black and white are one thing, but what about gaining buy-in from the finance team by arguing that a bigger budget is about showing responsibility to your team members, or that it shows your ambition for your team’s future success?

Metaphors are emotive and therefore propel people to action. The climate crisis is a good case in point, Lancaster writes. We’ve gone from ‘paths’ to sustainability to the more active ‘Race to Zero’ initiative launched by the UN, to some world leaders using war-like metaphors. A study revealed that people who read articles about the climate crisis that were couched in war metaphors reported a greater willingness to change their behaviour to address it.

Selecting metaphors and being consistent in their use can be a powerful tool to reinforce a project’s identity or purpose. However, metaphors lose their power when large companies, for example, serve up a dog’s dinner of them across different departments, teams, communication platforms and channels.

The rhythm of writing

Attention to words and rhetorical devices is another key tool to help make connections with maximum impact. Iambic pentameter crops up in advertising slogans as well as Shakespeare. Placing an emphasis on every other word, or syllable, known as the iambic beat, connects with our heartbeat. Five of these beats in a row connects with our breathing.

Copywriters and speechwriters will also tell you about the magic formula of marshalling statements into threes: ‘liberty, equality, fraternity’; ‘government of the people, by the people, for the people’; and so on.

Short, pithy sentences work well in both written and spoken texts, whether it’s an email to stakeholders or a quick speech during a daily stand-up. Long, wordy sentences tend to obscure the message and switch people off.

Numbers must be presented carefully too. Do not assume numbers – in statistics, charts or diagrams – will speak for themselves. “[Numbers] can be made to look a number of ways – big, small, frightening, reassuring,” says a Cambridge University professor quoted in Lancaster’s book. Context is everything.

Connect! is certainly a worthwhile read for project professionals. As well as breaking down the key ingredients for effective speeches, Lancaster shares his secrets to harnessing positive visualisation to achieve goals in our work and personal lives. He should know, as he used it to write his book. For more reading inspiration, visit our Summer 2022 book reviews 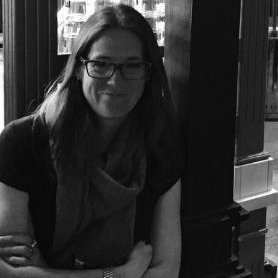