An interactive session, held on 22 March 2021, on stakeholder engagement, featuring insights from a panel of experienced academics and practitioners.

This is the second of three webinars developed by APM’s Midlands Branch which explore important topics relating to the project profession.

Stakeholder engagement has always been an important part of good project management, and over the last year the remote nature of so much work has made this even more so. 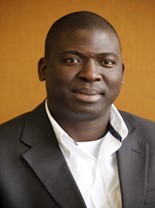 Dr Anthony Olomolaiye
Anthony is the Curriculum Lead and Associate Professor in Project Management at Coventry University, United Kingdom. He has been able to inspire and produce top-class engineering project managers who are currently working in different engineering companies worldwide. He has spent several years in positions best described as ‘doing the tough jobs’ in the industry and capitalised on his ability to undertake large and widely varied array of ground-breaking engineering projects, learn quickly, find effective solutions to problems, and maintain a sense of humour throughout.

To date, he has several publications including the first edition of Competence Framework that he co-produced for the APM. He has several years of transnational partnerships experience having worked with different stakeholders in Africa, America, Asia, Europe & Middle East. Overall, he has over 15 years of lecturing, research and consultancy experience in a wide range of engineering and management areas. Furthermore, he leads a team of project managers and he has produced several PhD graduates.

As a seasoned PRINCE2 and AgilePM practitioner, Anthony has demonstrable leadership in innovative teaching approaches and methods in Higher Education Institutions. 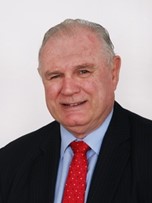 Ian Cribbes
Ian's first encounter with Project Management was in 1978 when he was part of a small team designing and commissioning a, then, state of the art Systems Simulator for the brand-new Lynx helicopter which was coming into service with the British Army.

His career progressed into civil aviation where he was employed as a CAA Technical Instructor teaching everything mechanical on light fixed wing aircraft and helicopters to Boing 747’s. During this time, he worked with the CAA in the re-writing of their complete question back relating to licences in helicopter maintenance.

Head-hunted by British Aerospace (now BAE Systems) to work in Saudi Arabia where Ian instructed on F15 and F5 aircraft, he was told he would be instructing on the Lightening aircraft on which he had just completed a rush course – only to be informed they had left. Life soon morphed into Project Management where Ian was tasked with the design and installation of a multi-media instructional solution for the Technical Academy with circa 3,500 trainees. Following this he became involved in a wide range of projects covering marine and aerospace equipment. Ian's final role in Saudi Arabia was as one of the senior Programme Managers covering a major upgrade to the Tornado aircraft on behalf of the Royal Saudi Air Force. His role involved bringing everything together – the upgraded aircraft, new equipment, training of both aircrew and ground crew and the release of the aircraft back into operational service.

On return to the UK in late 2012 Ian formed his own consultancy company (IMC&T Ltd). Under this umbrella he has worked with a wide range of organisations from the aerospace industry, defence organisations, Business / Financial Think Tank, higher educational establishments, central and local government departments, Local Enterprise Partnerships, Grade 1 Listed Church conservation and reordering.

Ian has had the opportunity to be involved in projects ranging from quite small to those in the multi-billion-pound range. 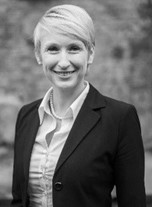 Christine is an Associate Professor of Project Management at the University of Leeds, UK and a Chartered Project Professional (ChPP). Prior to joining Leeds, she worked at Lancaster University Management School and Liverpool Business School. She has taught on different under- and postgraduate programmes various project management modules as well as research methods and regularly delivers seminars for doctoral candidates. She has also developed and delivered project management courses for executive education and is a frequent speaker at industry events.

Her research is focused on the psycho-social and organizational aspects of project management and has been published in leading peer-reviewed journals such as the International Journal of Project Management, Project Management Journal and Production, Planning and Control. She has received funding from the EU, the APM and ESRC IAA. She is chair of the Association for Project Management’s Research Advisory Group, a member of their Professional Standards and Knowledge Committee and founder and track co-chair of the Project Experiences track at the annual British Academy of Management conference.

Prior to joining academia, she worked for nearly 10 years in the industry as a construction and project manager. She worked on and was responsible for projects with a total volume of over £500 million including a five-start hotel in Zurich, Switzerland and Bundesliga football stadium in Stuttgart, Germany and a high-rise office building in Sydney, Australia.

This session, aimed at students with an interest in learning more about stakeholder engagement, brings together three experienced academics and practitioners onto a panel. After a brief introduction from each panellist, we look forward to discussing the points raised by the audience.

The speakers have very kindly allowed their presented material to be made available for viewing. The webinar recording on YouTube is now available in our APM resources area and also embedded below for reference.

Questions raised during the recording have been reviewed and are now published with the speaker responses.

Previous webinars can be viewed on the APM Slideshare and YouTube channels.

This event is suitable for professionals with a beginners level of experience.