Hot projects don’t have to be big projects. As my recent feature on the subject for the Winter issue of Project journal showed, small can be beautiful too.

A striking example of exciting, innovative and impactful project management can be found on the Caribbean island of Montserrat. With a population of only 5,000 and a land area of 39 square miles, Montserrat is “a nation with the population of a village”, says Martin Parlett, head of programme management for the island’s government, which won APM’s PMO of the Year award in 2020.

Small it may be, but Montserrat’s infrastructure challenges are substantial

The disastrous double-whammy of a 1989 hurricane and a 1995 volcanic eruption left the capital Plymouth in ruins and destroyed the airport, dock and hospital. Two-thirds of the population left Montserrat, and those who remained were forced to relocate to the north of the island.

Montserrat has been struggling to recover ever since.

“People here still don’t have a fit-for-purpose hospital. It’s essentially working out of a set of adapted 70-year-old school buildings,” says Parlett. And the port, which used to be able to handle two visiting cruise liners at once, has never been properly replaced.

“For the past quarter of a century, Montserrat has been trying to get some of these basic infrastructural improvements in place,” he says. “But for a number of reasons, progress has been very slow.”

One reason is financing. Montserrat’s government is almost entirely funded by grants, mostly from the UK, but also from the EU and the Caribbean Development Bank. But due to its size, recent history and local resource constraints, Montserrat does not fit easily into the usual economic models for investment, says Parlett. “What is [considered] value for money here can look quite different back in Whitehall.”

A bold vision of connectivity

Now, a new £30m investment programme (the Capital Investment Programme for Resilient Economic Growth or CIPREG) funded by the UK government is underway. The EU is also funding projects in tourism and renewable energy, as well as – in conjunction with the Caribbean Development Bank – a new port facility.

The government PMO’s role is to help bridge the relationship between the Montserrat government and its funding agencies, provide professional governance and support, rebuild confidence in local capability, and perhaps most importantly of all, restore the hopes of residents worn down by decades of slow development and growth.

Making the most of that £30m requires the kind of portfolio thinking that would not shame much bigger projects. Take the return of broadband to the island for the first time since the 1990s, thanks to a new subsea fibre-optic cable that went live in October 2020. It’s one of CIPREG’s first big wins, says Parlett, but the real point is the impact it can have on other crucial development goals.

“We have the vision to become the most connected island in the Caribbean by next year. Fibre optic offers opportunities to transform the types of service we offer.

“Take telemedicine. Medical evacuation from the island for relatively minor conditions is a big expense. If we can get formal telemedicine agreements in place, supported by digital health information systems, that could make a huge difference."

It’s a highly unusual environment that calls for project professionals with the flexibility to go way beyond the traditional focus on the iron triangle, says Parlett.

“So much of the role of the PMO is around the human impact and understanding the unique psychological context we’re in here. Montserrat is a rightfully proud place. Now there is momentum for change, and the success – despite Covid challenges – speaks for itself.

“It’s less important whether someone is chasing best practice, rather than the right practice for the context – focusing on the strategic outcomes, how they will improve people’s lives and the capability that you are leaving behind.”

Rebuilding the port, airport runway and control tower and building new social housing are also on the cards – an ambitious list given the budget available.

“It’s a resource-constrained environment and we’re delivering on time and on budget. I think there are substantial lessons that can be learned from Montserrat, even by those who are in the luxurious position of having plenty of resources. Necessity is the mother of invention, and although we are relatively new, a lot of what we are doing here is world class.”

Project and programme management tips from the Montserrat government’s PMO Andrew Saunders is an experienced business journalist and commentator specialising in entrepreneurs, leadership, technology and the future of work. In 10 years as deputy editor of Management Today, he interviewed everyone from Elon Musk to Vince Cable, Alex Ferguson to Paul Polman, Karren Brady to Martha Lane-Fox. He has also written for The Times, The Guardian and the London Evening Standard. 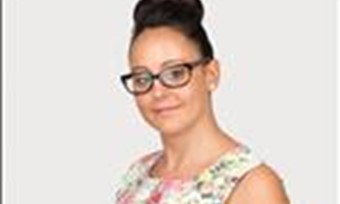 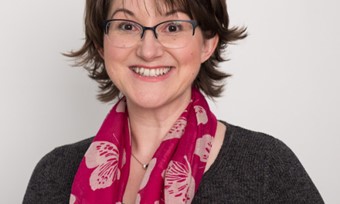