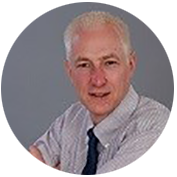 John has been engaged in programme delivery, project and technical management for over three decades.

A career developed with a large multinational engineering and manufacturing company followed by 22 years of interim and consulting work.

John has lead a wide range of technology commercialization and implementation assignments using project and change management skills to deliver critical projects for a wide variety of clients from medical device to domestic goods organizations.

A member of APM since 1994, having served a period as Midland Branch Chairman John became a Trustee of APM. He has a strong belief in the national branch and SIG network. Involved in the restructuring and modernisation of APM governance he has served on APM board previously for 8 years including as deputy chairman. Following the end of his previous board tenure John took a year out to pursue other activities and returned to APM board in November 2015.

John has been actively involved throughout the journey to chartered, being immensely proud of what APM has accomplished. He looks forward to the opportunities ahead developing the future for the profession.

John has served on the Professional Conduct, Nominations Committees and also as IT and Investment Champions.

John is a member of two other chartered professional institutions the IET and the BCS.